Cooper directed and starred in ‘A Star is Born’, where he sang a duet with Lady Gaga, who won the Oscar for best original song, Shallow

Bradley Cooper made his commercial breakthrough with the lead role in the comedy ‘The Hangover’. In 2012 he was nominated for his first Oscar for leading role in the movie ‘Silver Linings Playbook’. He received his second nomination in 2014 for a supporting role in ‘American Hustle’ and in 2015 two nominations as an actor and producer for his critically acclaimed role in ‘American Sniper’. Cooper was nominated for a Tony award in 2014 for the play, ‘The Elephant Man’ which he previously performed at the Williamstown Theatre Festival and later went on to perform in London’s West End. Last October, Cooper made his directorial debut with ‘A Star is Born’ playing opposite Lady Gaga in which he also wrote alongside, Will Fetters and Eric Roth. In this new take on the tragic love story, Cooper plays seasoned musician Jackson Maine, who discovers – and falls in love with – struggling artist Ally (Lady Gaga). She has just about given up on her dream to make it big as a singer… until Jack coaxes her into the spotlight. But even as Ally’s career takes off, the personal side of their relationship is breaking down, as Jack fights an ongoing battle with his own internal demons. 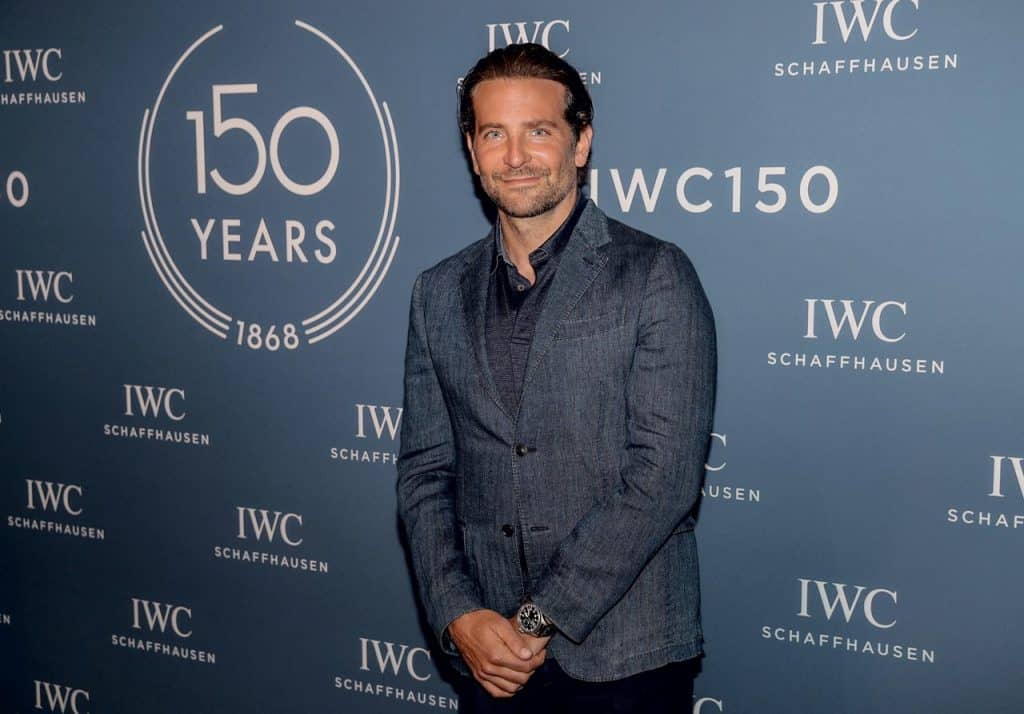 Lady Gaga performed original songs in the film, which she wrote with Cooper and a handful of artists, including Lukas Nelson, Jason Isbell and Mark Ronson. All the music is original and was recorded live. ‘A Star is Born’ has received eight Oscar nominations and won the award for the Best Original Song. On this occasion Lady Gaga said: ‘Bradley, there is not a single person on the planet that could have sung this song with me but you. Thank you for believing in us.’ With a strong personality and character traits such as a pioneering spirit, confidence and vitality, Cooper also perfectly embodies core values of Swiss luxury watch manufacturer IWC. IWC Schaffhausen and Cooper team up for charity project at the Oscars. When attending the Academy Awards ceremony, the actor was wearing a Big Pilot’s Watch Single Piece with a one-of-a-kind engraving of the iconic quote from Antoine de Saint-Exupéry’s The Little Prince: ‘It is only with the heart that one can see rightly’. The timepiece features a midnight blue dial and is housed in a case made of 18-carat 5N gold. The watch has been sold in a special charity auction at Sotheby’s, with proceeds to benefit the Antoine de Saint-Exupéry Youth Foundation. With the funds, the foundation will support the association Arrimage, a charitable organization that focuses on teaching visually impaired children how to read drawings using their sense of touch. The actor also started The Bradley Charles Cooper Foundation in 2014 with a pilot program, The Charles J. Cooper Patient Support Fund, named after his father who died following a battle with lung cancer. This fund aims to bring care coordination, financial assistance and support to patients diagnosed with cancer and their families all over the country.