Could this be Daniel Craig’s last outing as James Bond?

At 47, Daniel Craig is in better shape than most men half his age. But it seems the years of stunts, long days and nights of filming, worldwide travel and press junkets have taken their toll on the Bond actor. When asked recently if he would play the spy one more time after the forthcoming Spectre Craig replied, ‘At this moment, no. I have a life and I’ve got to get on with it a bit. But we’ll see.’ Here’s what Craig – who’s married to actress Rachel Weisz – has to say about being 007.

Training regime
‘I start training about six months before we start shooting. We plan the shirtless scenes quite carefully, so I can de-carb and do all the boring stuff. The rest of the time I can eat and drink what I want and just try and stay in shape.’

Suits you
‘Buying off the peg, it can be difficult to find something that fits you, but I put on one of Tom Ford’s off the peg suits and they fit me like a glove.’

Driving force
‘I had to pinch myself coming to work, driving an Aston Martin around Rome. I would be numb not to get a kick out of that.’

Cinema style
‘I think these films are hyper stylish and they represent old fashioned movie-making. We don’t have shaky cameras, we don’t do a lot of hand-held. It’s very classically done and we spend a huge amount of effort doing it that way because we are doing Bond films.’

Stunt work
‘I enjoy it. Obviously there is stuff that I don’t have the skills for, but I’m desperate to do as much as I can. I get into the best shape I can, so I’m kind of wasting all that effort to just sit there and watch someone else do it, when I’m prepared to do it myself. I think the audience know when there’s a gap and see where the join is. If at the height of an action sequence you go, ‘Oh, that’s not him,’ it snatches you out and I don’t want people to feel that.’

Learning from history
‘I’ve got the box set [of the old James Bond films] and I went through them all for tips. There was stuff that Sean Connery and Roger Moore did and you go, ‘Oh that’s cute, the way they did that…’ Some of those are great movies and any film maker would be lying if they said they didn’t copy people, because you have to.’

Out of bounds
‘Obviously, I know that this job comes with a lot of scrutiny and I’m more than happy to sit down and talk about the work and the filming. But I don’t see why I should have to discuss the details of my private life in public.’

Bond basics
‘Let’s not beat about the bush over this. It’s a franchise that has been built on huge action sequences, beautiful girls and fast cars.’

Ferretti Yachts 780: A Gorgeous Restyling Based on the Just Like Home Concept

MCY 105 Skylounge Has No Rivals on the Market

Living Spaces Are More Stylish Than Ever

This year’s summer edition of our luxury yachting magazine in English and Croatian has no less than three hundred pages. Inspired by the great Swiss …

Donna Vekić: From Tears to Glamour

In her first fragrance collection, the tennis star Donna Vekić brings together Murano and Grasse, and part of the profits from selling candles will go …

New sports destination in the vicinity of Zadar is ideal for active vacationers, hedonists in love with the Adriatic and lovers of creative, unique food …

House of Gucci: A Century of Luxury House 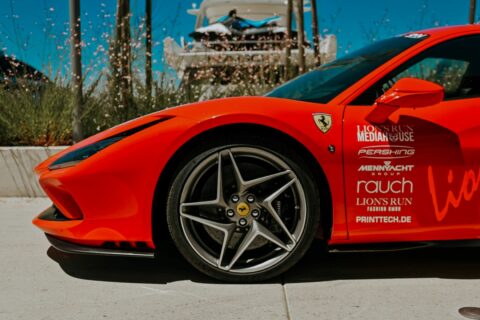 The annual LION’S RUN summer tour brings together a handpicked team of automotive-savvy luxury enthusiasts to go on an unforgettable and unique journey. Nowhere in …

The newest model in the Flybridge Collection is the Azimut 68: a high-tech yacht with a selection of three different layouts on the Main Deck …

A prime selection of Croatian produce, superior service and contagious enthusiasm are the main characteristics of the new provisioning supplier launched by Teo Ivanišević and …

Breathtakingly beautiful, sporty, exciting and now even more comfortable, for the perfect combination of fun and relaxation on the water The 56 Rivale Hard Top …

Successor to the beloved Bali 4.5, the new 4.6 inherits more than the design. Soft, gentle exterior lines, modern feel and space that speaks of …

In a new blog for Yachts Croatia, Ivica Kostelić writes about his first ocean crossing with a Class 40 sailboat, Optimus Prime, at the Les …

MCY 105 Skylounge Has No Rivals on the Market

In 2020 Monte Carlo Yachts launched its first Skylounge model, a cutting-edge concept designed and manufactured by an Italian shipyard for the first time, intended …

In her first fragrance collection, the tennis star…

The July issue of Yachts is on the newsstands. Our…

Rebel 40 offers comfort that once would be incompa…

There is no truer luxury than a vacation on a priv…

Against all odds, Zadar has managed to retain its…

Most sailors are not familiar with the northern sh…

CRN Voice is currently in the Dubrovnik waters! Po…

You probably know it already, but Ivica Kostelić @…