Rare and limited edition cars are designed to tickle imagination and ignite dreams. Bound by production guidelines, calculations and regulations, engineers and designers often do not have time to stretch their creative wings. Meet the cars designed when the creative departments broke through their chains 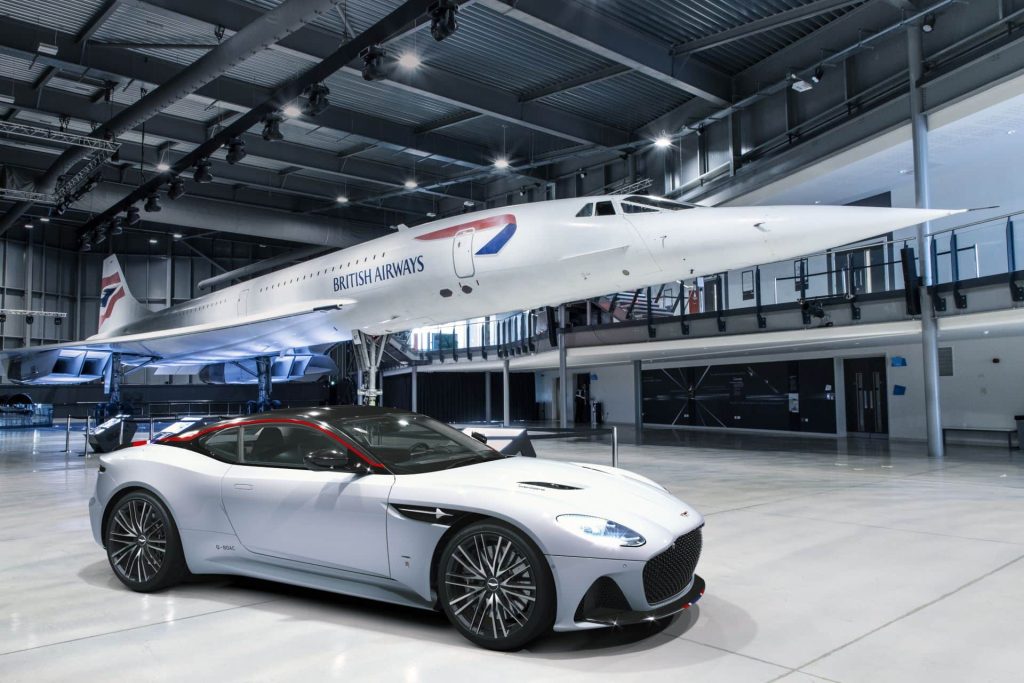 Strictly limited to only ten examples and featuring lavish personalisation via Aston Martin’s bespoke service, Q by Aston Martin, the Aston Martin DBS Superleggera Concorde proudly celebrates not only the half century since the iconic luxury passenger jet took to the skies, but also the centenary of one of Concorde’s two flag carrying airline operators: British Airways.

This, of course, is supported by the supreme performance of the DBS Superleggera – the brand’s 5.2-litre twin-turbo V12-engined Super GT flagship boasting 725 PS, 900 Nm of torque, a top speed of 211mph and blistering acceleration that dispatches 0-62 mph in just 3.4 seconds and 0-100 mph in 6.4 seconds. 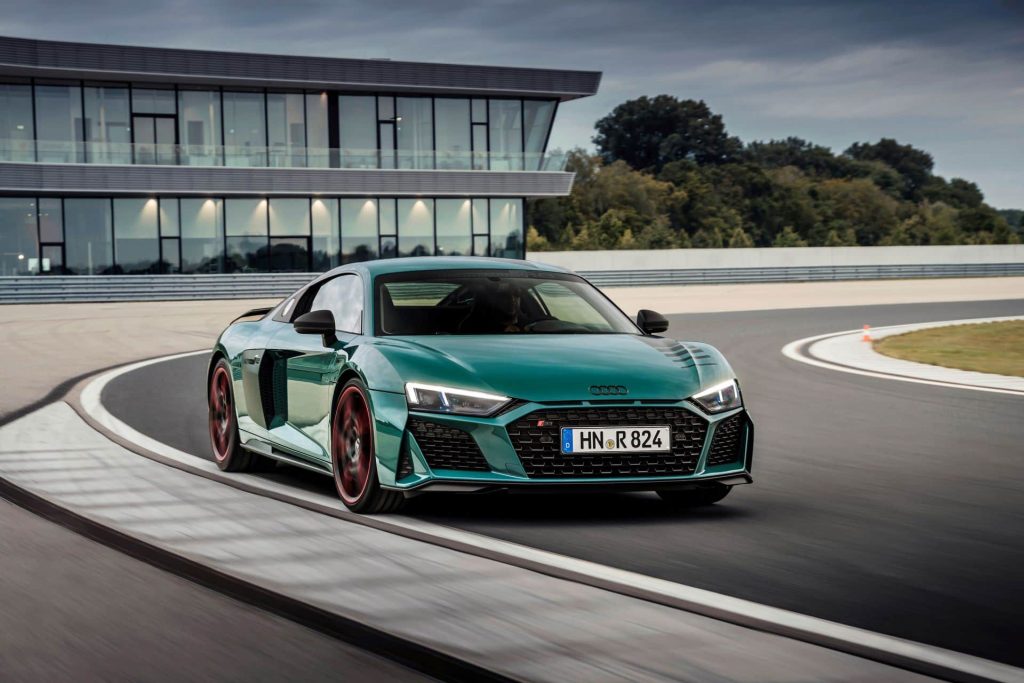 The Audi R8 LMS has notched up five overall victories since 2012 in the 24 Hours on the Nürburgring – the ‘Green Hell’ –, which is regarded as one of the world’s toughest and most popular endurance races. As a tribute to the great success story, Audi Sport presented a limited special edition of the road sports car – the R8 green hell.

The Audi R8 green hell edition model is numbered consecutively and limited to 50 units worldwide. This exclusive status becomes apparent at first glance. True to the motto ‘Green Hell’ the outer skin is painted standard in dark Tioman green. At the heart of tgreen hell edition model is the Audi R8 V10 performance quattro in its coupé variant. Its sonorous V10 naturally aspirated engine sends 620 PS via the seven-speed S tronic to the four wheels. 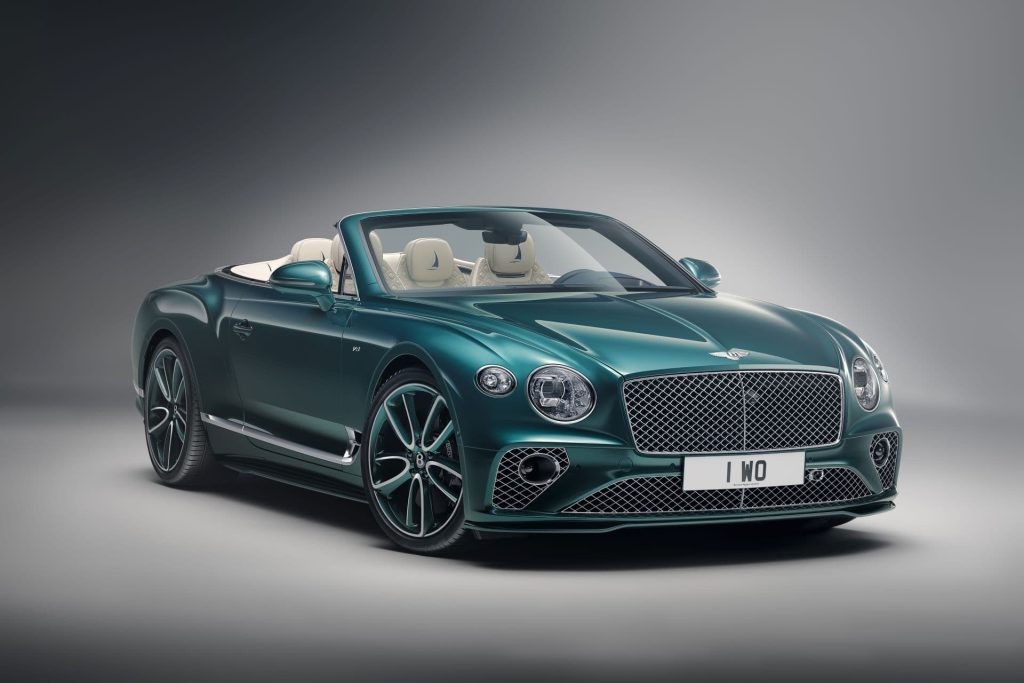 The Bentley retailer based in Fort Lauderdale has commissioned The Nauticis Collection based on a yachting theme. The collection consists of four Continental GT V8 Convertibles painted in Aegean Blue and Ghost White. The paint is from the Mulliner Bespoke range paint range and complemented by bespoke 22” Aegean Blue and Polished face alloy wheels. A bespoke colour-matched carbon fibre Styling Specification further enhances the visual sporting appeal and includes a front bumper splitter, side skirts, rear diffuser and boot lid spoiler.

The Nauticis-themed interior combines Brunel, Linen and Portland leather in a bespoke colour split. The front fascias and door waistrails continue the tonal theme around the cabin in Piano Linen. The theme continues onto the seats with a Brunel and Linen embroidery combination to the headrests. The highlight of the cabin is the open pore chevron light veneer to the centre console, completing this yacht-inspired collection. 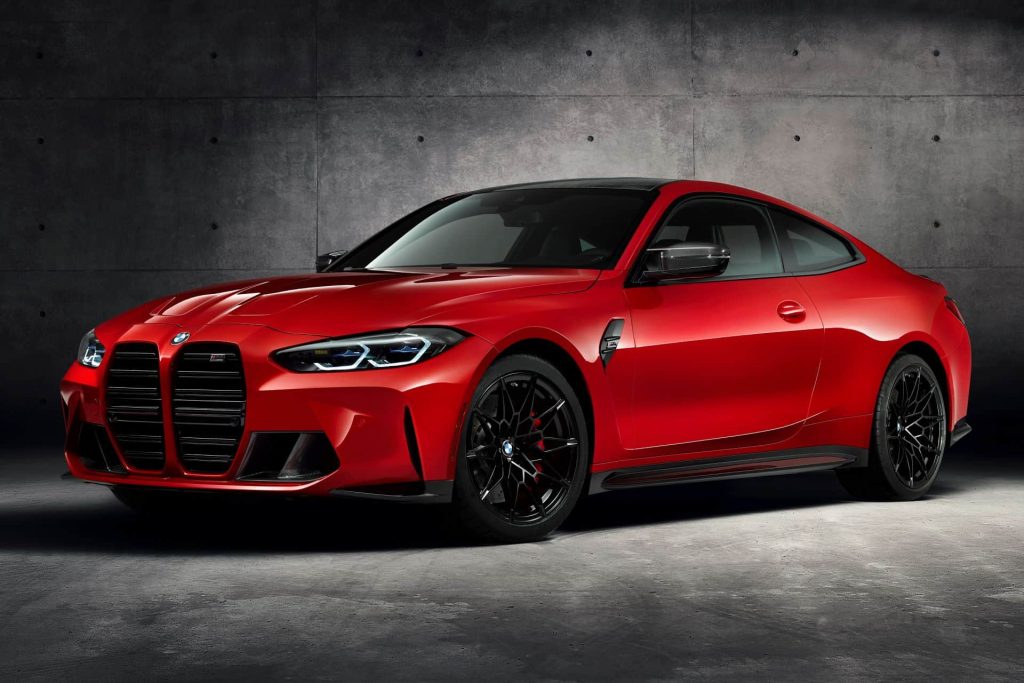 Created in collaboration with New York lifestyle brand Kith, the BMW M4 Competition x KITH is limited to just 150 units and features unique exterior and interior design details. BMW M GmbH has picked up the vibe from the youthful and influential fashion scene and replicated its partnership with contemporary artist FUTURA 2000 by breaking into an expanding market. For Kith founder and BMW enthusiast Ronnie Fieg, the collaboration brings an emotional journey full circle.

Fieg recently acquired his own example of the legendary BMW E30 M3. Like Fieg’s car, the BMW M4 Design Study by KITH is painted in the Cinnabar Red shade originally used for the E30 M3. This paint finish is no longer available for the regular BMW range, but was selected here specially for the BMW M4 Design Study by KITH to emphasise the connection between the two cars. 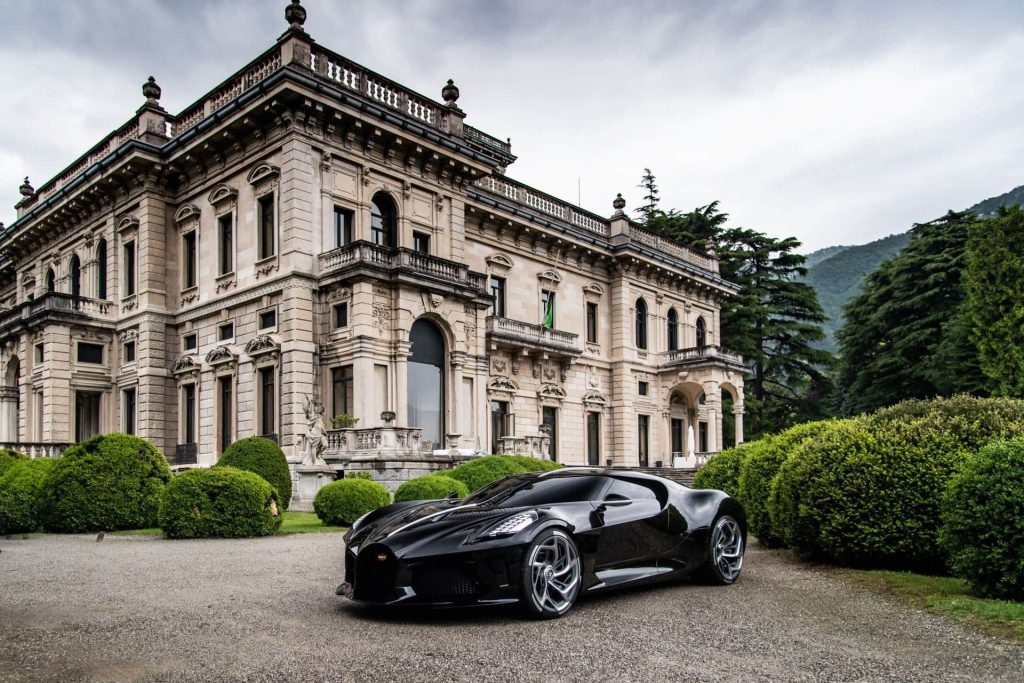 The exclusive Bugatti Voiture Noire, the black car, is a reminiscence of la Voiture Noire a Type 57 SC Atlantic that was Jean Bugatti’s most famous creation. This is a modern interpretation of the spirit of gran turismo vehicles, a tribute to perfect technology and perfect design. It is also the most elegant and fastest way to travel with a vehicle.

This is a coupé with the comfort of a luxury limousine and the power of a hyper sports car. In its exclusiveness, style, quality and performance, Voiture Noire is an unprecedented and unique car that continues a long tradition in the history of the automobile. This is a tailor-made creation only comparable with the haute couture of exclusive Paris fashion designers. 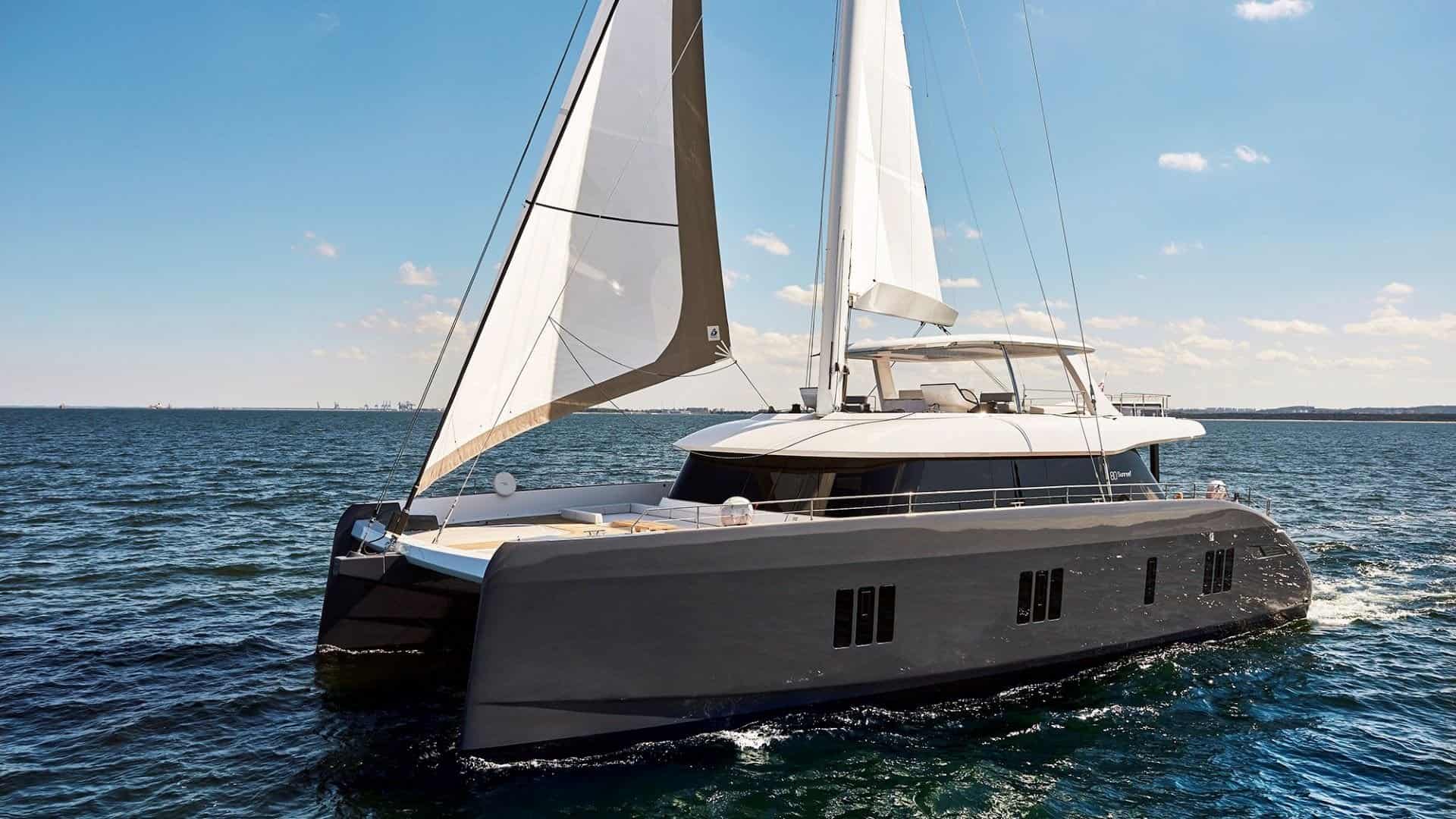 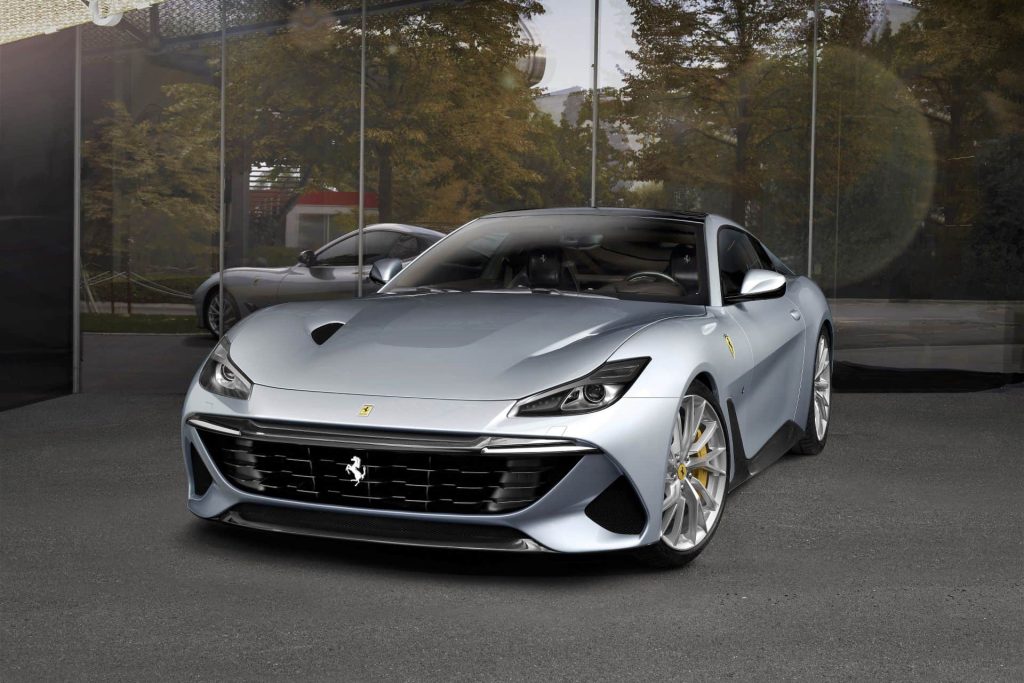 The BR20 is a two-seater V12 coupé developed on the GTC4Lusso platform, which in terms of its philosophy and styling approach, cleverly references the magnificent Ferrari coupés of the 1950s and 60s, without the slightest hint of nostalgia. Instead, it pulls off the challenging feat of marrying timeless elegance with muscular sportiness, effortlessly incorporating styling themes typical of some of the most iconic 12-cylinders in Ferrari history, including the 410 SA and 500 Superfast.

The BR20’s interior is no less impressive, trimmed in two shades of brown leather and carbon-fibre, an exquisite combination developed according to the client’s indications. The seats are trimmed in dark brown Heritage Testa di Moro leather and sport an exclusive pattern at the front as well as silver cross-stitching. 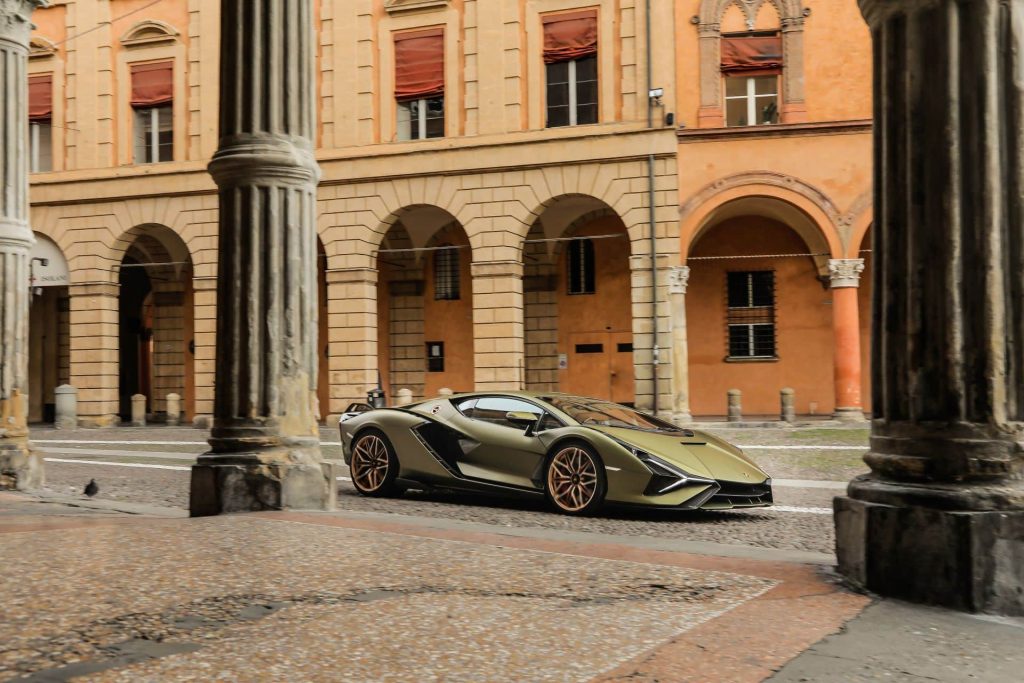 Produced in a limited series of just 63 units, the fastest Lamborghini of all time is realized in a new futuristic design; drawing on the brand’s style DNA, but clearly a design for a new era. Taking the most iconic V12 Lamborghini power plant of today, the Sián is engineered around unique hybrid technologies, delivering the extraordinary emotion and exceptional dynamic performance of a naturally aspirated Lamborghini super sports car, while meeting a future demanding electrification.

Sián: meaning flash or lightning in Bolognese dialect, referencing the first electric application in a Lamborghini production car powered by a V12 engine and hybrid technology based on supercapacitors producing combined thermal and electric power of 819 hp. 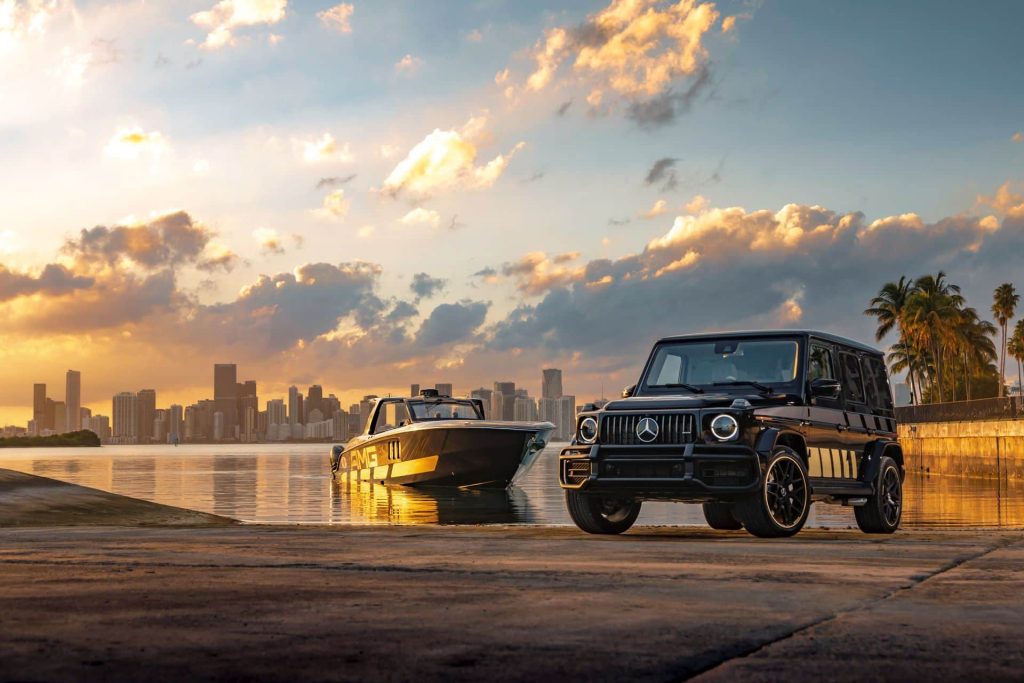 The one-of-a-kind Mercedes-AMG G 63 Cigarette Edition offers additional exclusiveness through an outstanding handcrafted individualization executed at the AMG Performance Studio in Affalterbach. It embodies a unique celebration of the ongoing collaboration between Mercedes-AMG and Cigarette Racing Team by sharing exclusive design finishes and special detailing that can only be found on this specific model. 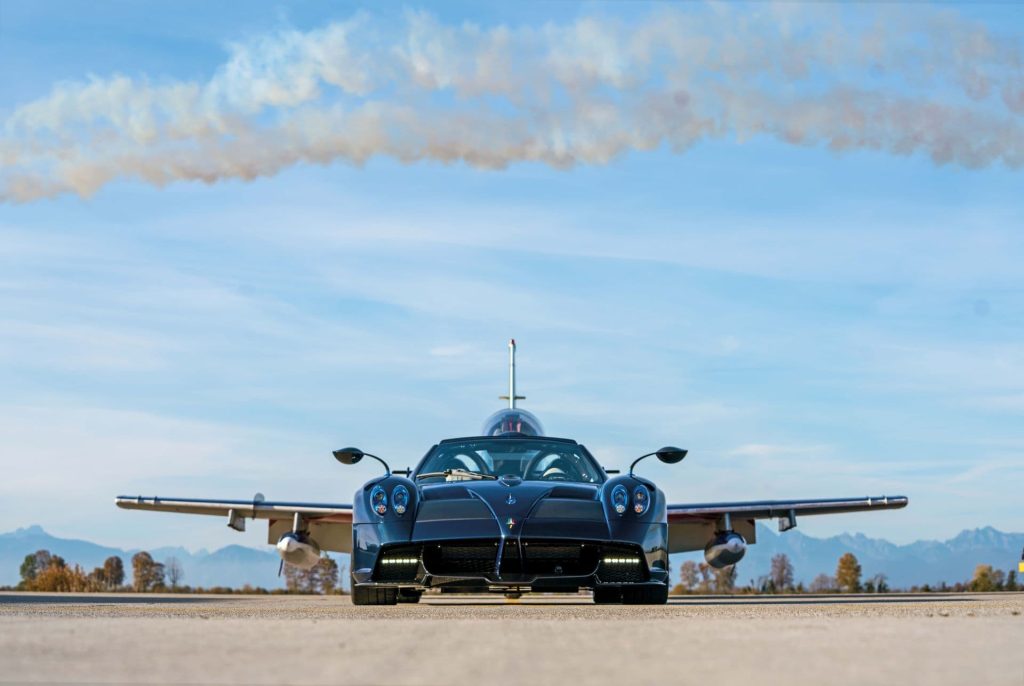 On the occasion of the 60th anniversary of the Frecce Tricolori, Pagani Automobili is pleased to present the Pagani Huayra Tricolore. Only three examples will be built as a tribute to the Italian Air Force Aerobatic Team. Created in an ultra-limited edition, the Huayra Tricolore evokes the unmistakable lines of the air patrol’s Aermacchi jets and combines, in every detail, aeronautical science and the elegance of form, once again pushing the concept of an ultra high performance car another step forward.

The Huayra Tricolore represents a concentration of specifically aeronautical concepts and technologies developed for a car. The long journey of design and development has not only impacted the aesthetics of the car, but it has also involved a meticulous rethinking of all of the car’s technical-engineering equipment, with particular attention to research on lightness, allowing the Huayra Tricolore to achieve its maximum performance with the new Pagani V12, the twin-turbo engine specially developed by Mercedes-AMG, capable of delivering 840 HP. 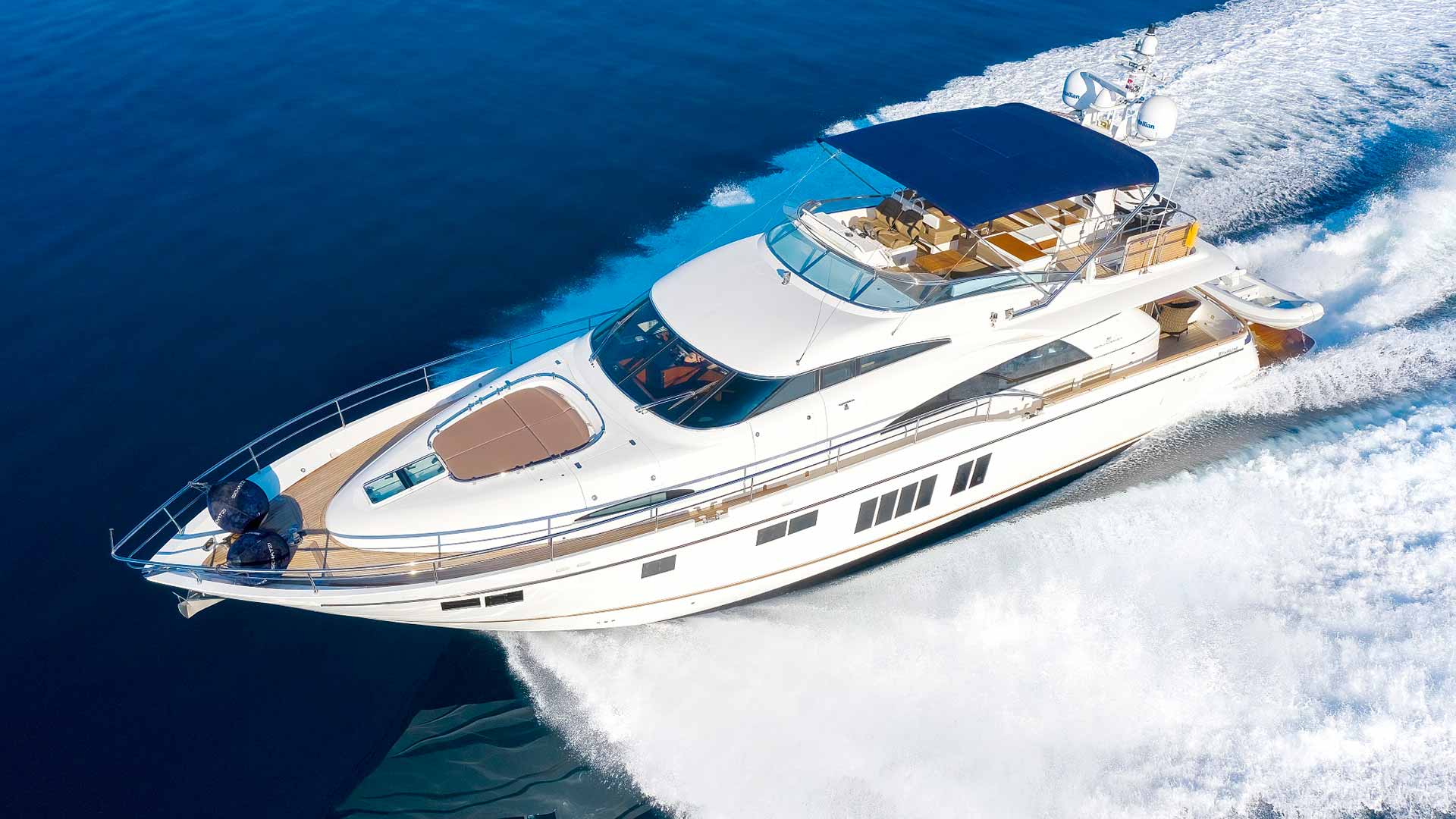 Porsche 911 Turbo S ‘One of a Kind’ Pedro Rodríguez 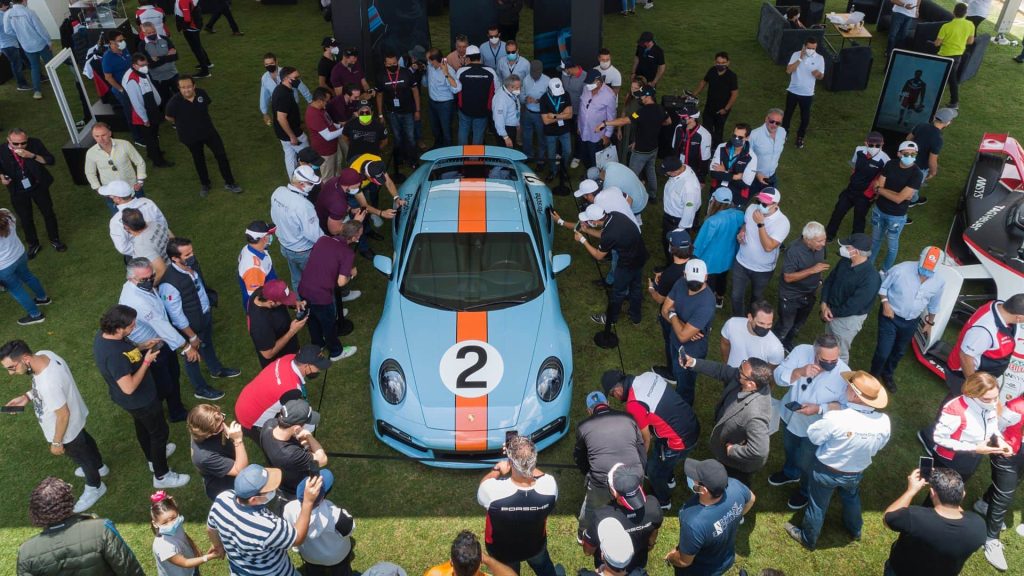 Painted in iconic Gulf blue with an orange stripe running across it, the ‘One of a Kind’ is based on the 911 Turbo S. The specially designed wheels are painted in high-gloss black, with an aluminium centre lock and the doors feature a black number two in a white circle. Another distinctive element is the plaque located on the B-pillar, which bears a silhouette of the 917 KH in the colours of the Mexican flag and the name and signature of Rodríguez. 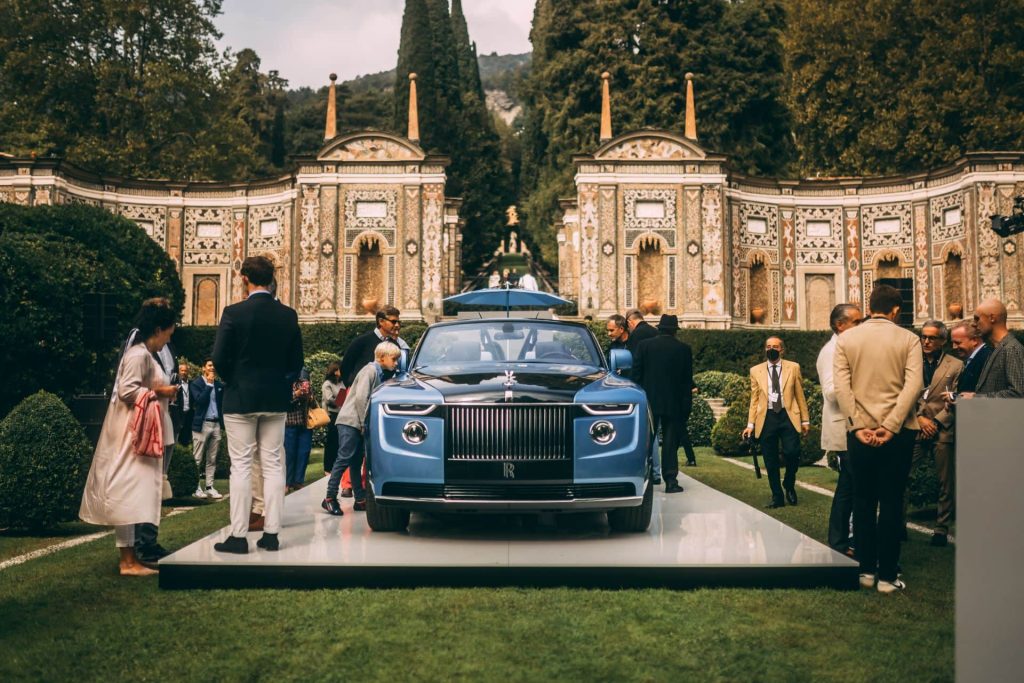 Boat Tail marks a seminal moment in the annals of Rolls-Royce, demonstrating the marque’s commitment to coachbuilding as a central part of its future direction and portfolio. It continues and accelerates a contemporary coachbuilding movement that began with Sweptail, the first coachbuilt Rolls-Royce of the modern era, which also made its first public appearance at Villa d’Este back in 2017.

Boat Tail represents a pivotal moment for the wider luxury goods sector. As a truly hand-built, one-of-a-kind creation, in which both the bodywork and interior are designed and produced to the client’s specification, Rolls-Royce Coachbuild redraws the boundaries of luxury and opens vast new possibilities for patrons of contemporary design and fine craftsmanship. 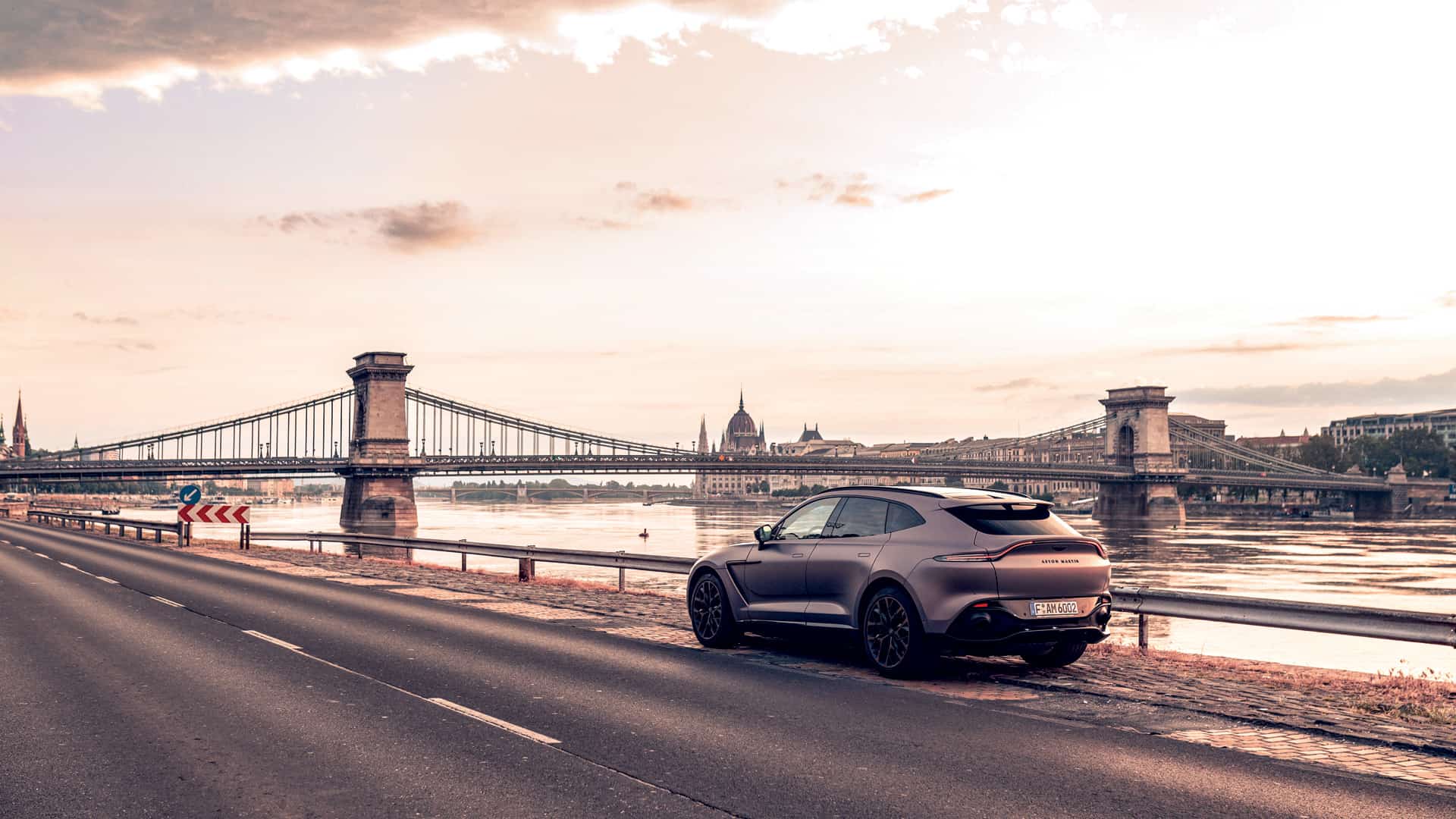 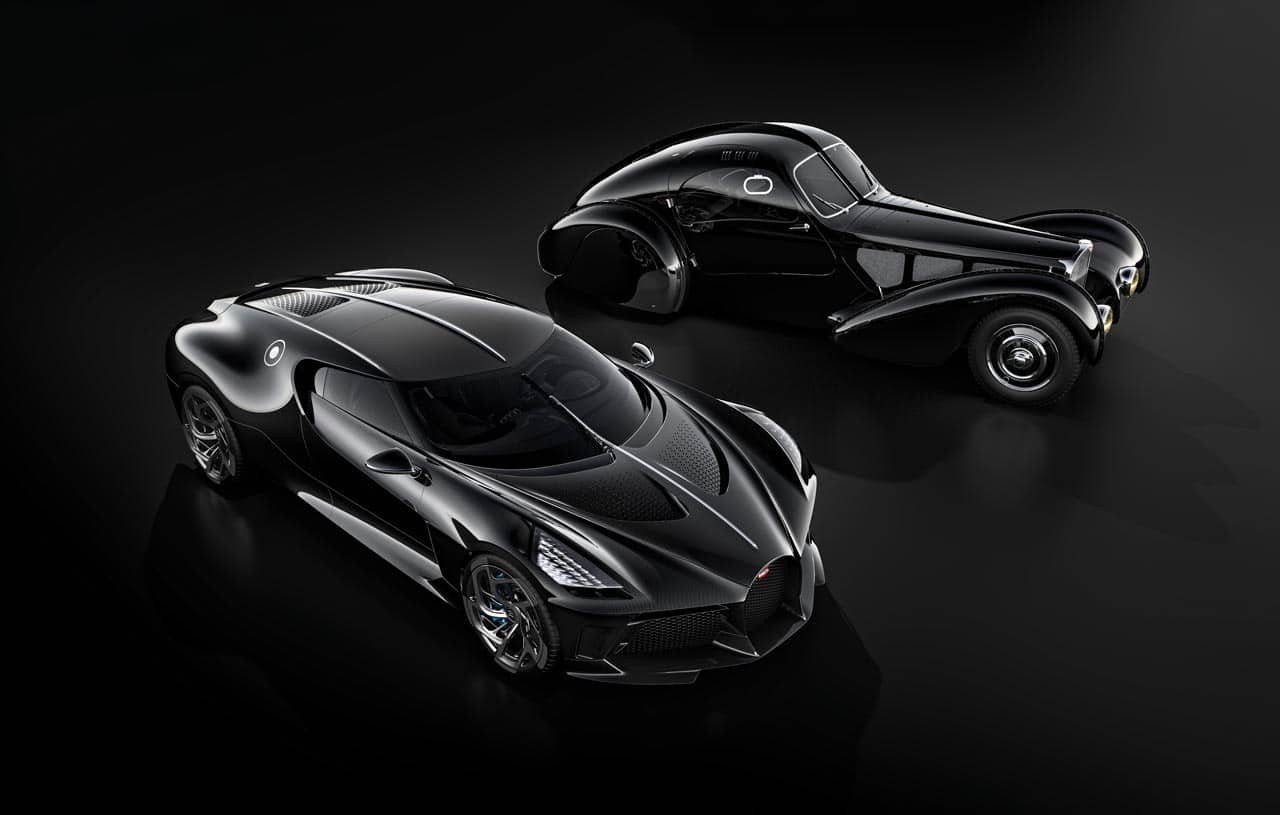