The limits of what seemed possible were redefined 50 years ago. Man set foot on the Moon for the first time, and a collective dream became reality

Neil Armstrong’s words from July 20, 1969 are among the most iconic in a century full of memorable quotations: ‘One small step for man, one giant leap for mankind.’ Most people are familiar with the incredible circumstances surrounding this quotation; indeed, it has almost become the stuff of modern legend. It was perhaps the only moment in history when all human beings were united in a sense of collective wonder and awe, as they witnessed the memory of a lifetime. Born in Wapakoneta, Ohio, on August 5, 1930, Neil Alden Armstrong earned a bachelor of science in aeronautical engineering from Purdue University in Indiana and a Master of Science in aerospace engineering from the University of Southern California. 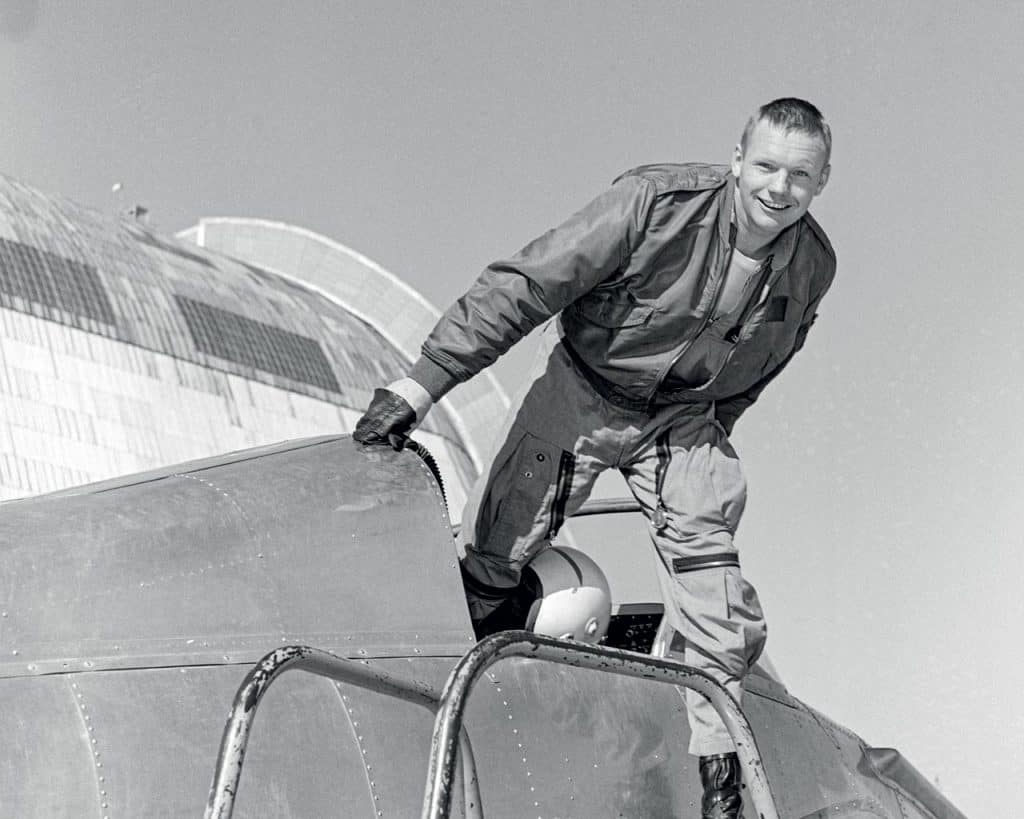 Following three years as a naval aviator, Armstrong joined the National Advisory Committee for Aeronautics, the predecessor to NASA, in 1955. His first assignment was with the Lewis Research Center (now NASA Glenn) in Cleveland. He joined the astronaut program in 1962 and was command pilot for his first mission, Gemini VIII, in 1966. On the sixth crewed flight of NASA’s two-seater capsule, Armstrong and pilot David Scott achieved the first docking of two spacecraft in orbit, linking up with an unmanned Agena target vehicle. But the flight was a near disaster, suffering the first critical in-space failure of a US spacecraft after a stuck thruster set the Gemini spacecraft spinning. Three years later, along with Michael Collins and Edwin Eugene ‘Buzz’ Aldrin, he was part of NASA’s first manned mission to the Moon. The trio were launched into space on July 16, 1969. Serving as the mission’s commander, Armstrong piloted the Lunar Module to the Moon’s surface on July 20, 1969, with Buzz Aldrin aboard. Collins remained on the Command Module. At 10:56 PM, Armstrong exited the Lunar Module.

Armstrong’s first words upon becoming the first person to step onto another planetary body on July 20, 1969 – ‘That’s one small step for (a) man, one giant leap for mankind’ – instantly became a part of history. Together with lunar module pilot Buzz Aldrin, Armstrong explored the Sea of Tranquility during a 2 hour, 36 minute moonwalk when they collected 22 kilograms of lunar material, including 50 Moon rocks, deployed science experiments and planted the US flag. Returning on July 24, 1969, the Apollo 11 craft came down in the Pacific Ocean west of Hawaii. Before long, the three Apollo 11 astronauts were given a warm welcome home as crowds lined the streets of New York City to cheer on the famous heroes. Following his return from the Moon and the world tour that followed, Armstrong served at NASA Headquarters as the deputy associate administrator for aeronautics. He was a project pilot on many of the nation’s pioneering high performance aircraft, including the X-15 rocket plane and flew over 200 different models of aircraft, including jets, helicopters and gliders. Armstrong was decorated by 17 nations and was awarded many special honors, including the Presidential Medal of Freedom. He died in Cincinnati, Ohio, in 2012.

The hand of time has been kind to Italian film diva Monica Bellucci, long-time brand ambassador of Cartier – just as it has to the …

The first SIRO hotel will launch in Porto Montenegro in 2023. SIRO Boka Place will offer guests a number of demanding sailing circuits, as well …

An exclusive partnership between Janko Tipsarević and One&Only Portonovi

In a new Riviera-style, on the Montenegrin Adriatic coast, One&Only Portonovi announces an exclusive partnership with Janko Tipsarević and his world-class tennis company, Tipsarević Luxury …

How to Build an Inspiring Workplace at Home

Here are some ideas how to create an inspiring creative, and productive workplace at home where stories come to life ARTISAN Picard The form of …

A brand-new category of sporty, comfortable dayboats will hit the water near Piraeus later in April, when Technohull launches its new 7.8m boat. After revolutionising …