Canadian-born Ryan Reynolds started his career in TV before making his first major film breakthrough in the 2002 comedy and cult classic National Lampoon’s Van Wilder. He has proven his versatility as an actor by taking on ultimate superhero roles in X-Men Origins: Wolverine (2009) and The Green Lantern (2011), as well as earning critical acclaim and awards for his performances in the independent drama Buried (2010) and the critically acclaimed film, Mississippi Grind (2015). He’s starred alongside Sandra Bullock in the hit romantic comedy, The Proposal, and made his much-anticipated return to the Marvel Comics series in 2016 with Deadpool.

Deadpool quickly became the highest grossing R-Rated film in box office history and the most successful X-Men film to date. His lastest film releases include the science fiction thriller Life (2017) along with the sequel to Deadpool (2018). In 2019 Ryan Reynolds voices Pokémon Detective Pikachu. The actor delights audiences around the world with a blend of elegance and charisma. His remarkable and daring on-screen performances paired with his magnetic good looks have earned him a place as one of Hollywood’s leading men. Like Piaget, the luxury watchmaker and jeweler, Reynolds fearlessly brings creativity to his art, and that why he is international male brand ambassador for Piaget watches. 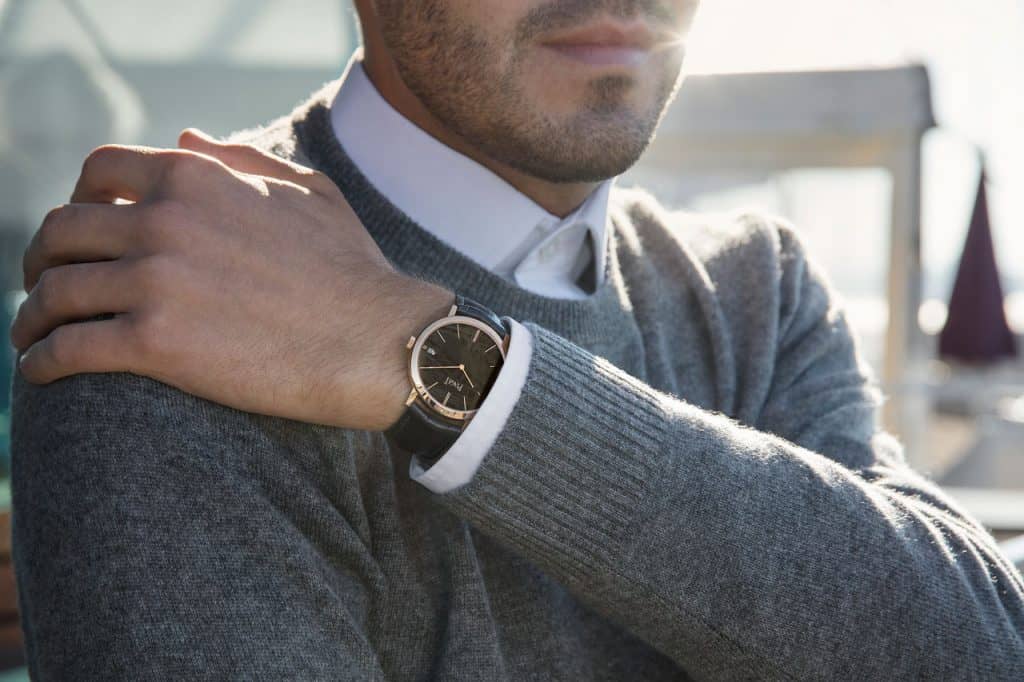 Charismatic Ryan Reynolds is the latest international brand ambassador for Piaget, the luxury watchmaker rewriting the rules for a new generation of game-changers

‘I work in a field in which things can be cast away quite quickly. So when you find something iconic, something timeless, it’s important. And that’s one of the many things I love about Piaget,’ says Ryan Reynolds. Ryan Reynolds also made his mark on Hollywood’s Walk of Fame in 2016 wearing Piaget Altiplano watch. This January three new Altiplano timepieces were presented on Salon International de la Haute Horlogerie. Ultra-thin watchmaking, exceptional gem-setting and an expanded focus on hard stones, illustrated with meteorite, enliven these models. The 40mm Piaget Altiplano in pink gold with grey meteorite dial showcases the subtle nuances of the meteorite as a material and is limited to an edition of 300 pieces.