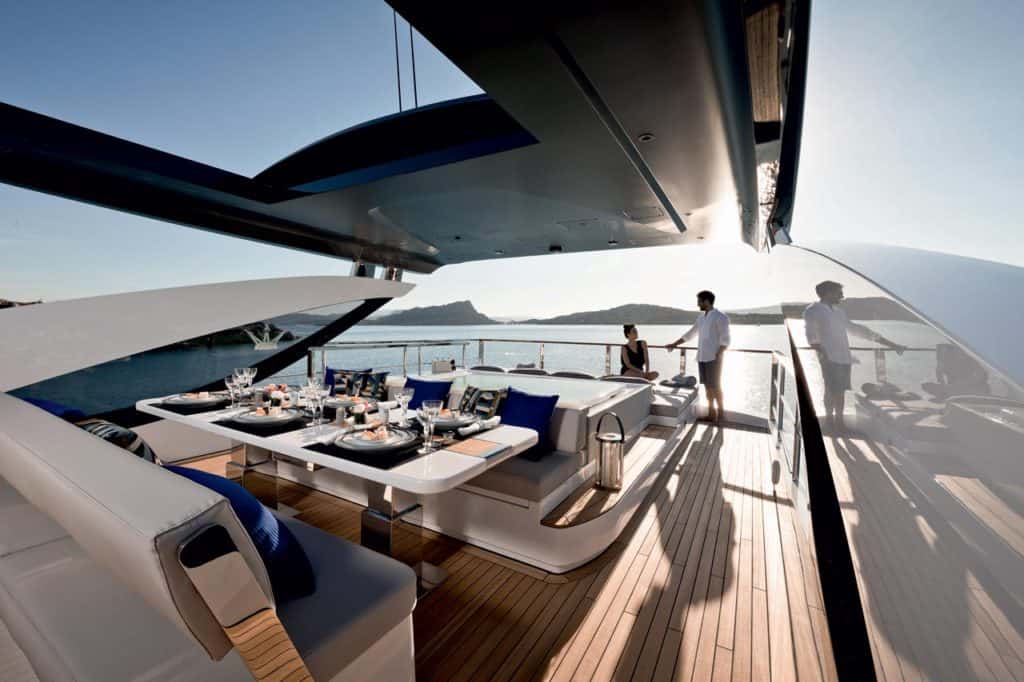 Brimming with innovation, the new Dominator is a mega-yacht-inspired model that showcases the yard’s vision for the future

What is Ilumen? The simplest answer would be the first model of new Dominator’s series, but Ilumen is so much more. A modern carbon composite yacht. A yacht whose painstakingly painted hull would make any mega-yacht proud. A yacht whose wave piercing bow make her more fuel-efficient. A yacht illuminated – get it? – by natural light seeping in through large windows. A yacht powered by the latest propulsion. A yacht with a master cabin with private terrace and with four guest cabins only 28 meters of length. A yacht with fully customized interior, meeting the demands of even the most stylish owner. A yacht with three and a half tonnes of audio and video equipment. A yacht with a convertible beach club aft platform. And finally, a yacht where everything is where you want it to be, as the layout is customizable, as well. With ten thousand working hours needed for the project only, the yacht debuted at fall shows in Cannes and Monaco. Her futuristic lines might not be everyone’s cup of tea, but everyone will notice the effort, the knowhow, the time and the money spent on the project. Ilumen is her builder’s vision of the future. 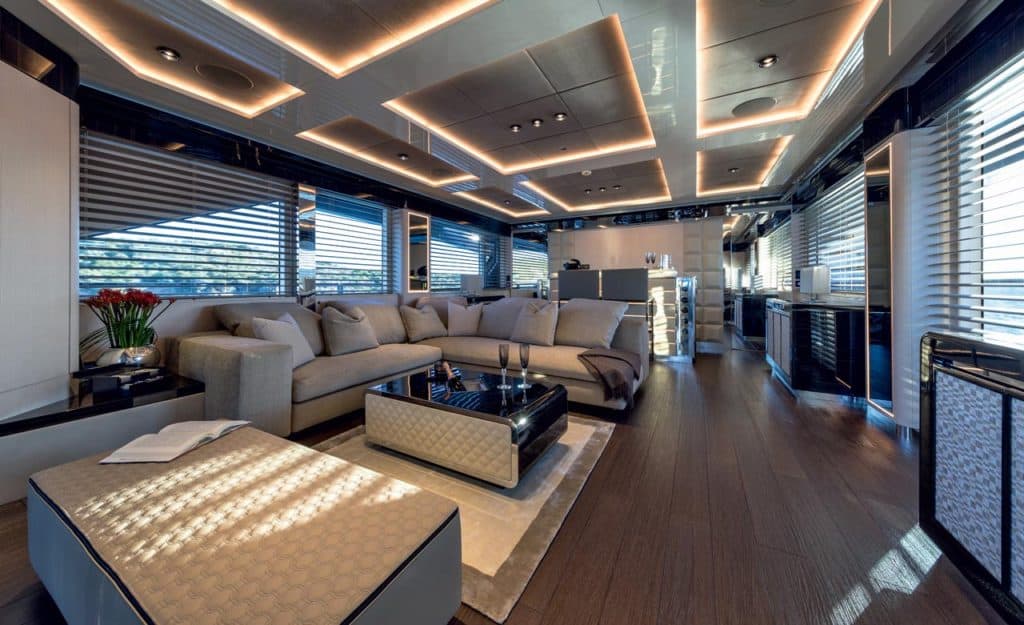 Fully customized interiors built as per client’s wishes are elegant and luxurious, and very functional

Her style, technical and other characteristics make her the yard’s ideal yacht. The owner of the first unit spent this summer cruising on his new yacht and immediately ordered a larger yacht (38 meters in length) from the builder. From the aft to the bow, Ilumen is a mix of tried and true classics and innovative fresh solutions. The cockpit is an outdoor salon-diner with a large dining table, protected by high, bullet shaped sides designed to allow the view to glide over them uninterrupted. The salon is furnished with a custom sofa and a coffee table that doubles as a wineglass storage cabinet and was designed in co-operation with the owner. The owner seems to be especially interested in wine in general, as the bar in the front of the salon has two wine fridges and can be folded open into a table for three. Surrounded by huge windows, the salon is furnished in high-shine lacquered wenge, with accents in glistening marble and checkered fabrics. 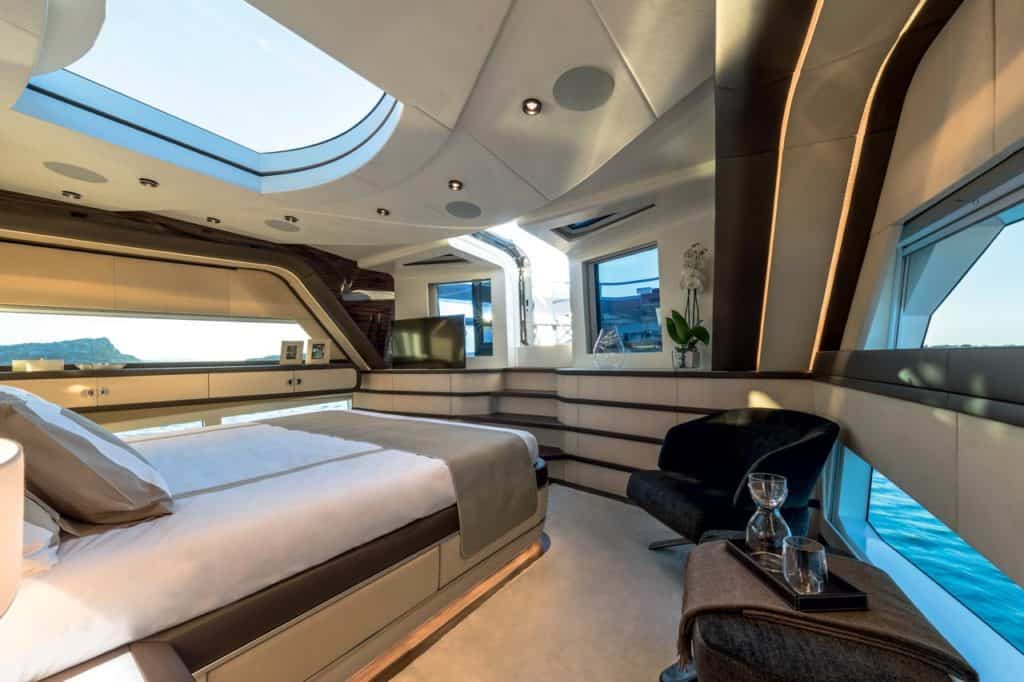 Interior designer Alberto Mancini cooperated closely with the owner and made their wishes come true, creating an exquisitely comfortable interior in the process. The galley is hidden from view by a main bulkhead and has a side entrance on the port side, while the master cabin is accessible via an entrance on the starboard side on the main deck. Elegant and lavishly decorated, the master cabin is bathed in natural light seeping in through large windows including the ones at the floor level, and the sky light. Furnished like a home, the master cabin has designer furniture to the left, a walk-in closet to the right, and a private head decorated in shiny, light-reflective glass with a sea view. Ilumen has four guest cabins; two with king-size beds and two with twin beds, all with large windows as well.

Ilumen is a light-infused yacht, as the name would suggest

Throughout the interior, there are elements of the hidden custom audio system by Videoworks, company known for their excellent work on many a mega-yacht. The raised pilot house on the main deck has access to the exterior of the main deck – via scissor doors inspired by super-cars. On the main deck, there is a transversally positioned dining table, a bar, a jacuzzi and a sunpad (aft). The yacht has one garage aft, the crew quarters in the bow and an impressive beach club platform that left us speechless. Powered by third generation CRPs (Counter Rotating Propellers), the yacht reaches top speed of 18.5 knots and cruises at 11.5 knots (using only 160 liters of fuel per hour). Brimming with innovation, Ilumen has already attracted many an interested potential customer and has without a doubt marked a new course for Dominator.

Fjord 52 Open: Beauty above all

Monte Carlo Yachts 66: The art of living at sea

Arcadia A105: Sharp and futuristic