Vela Luka on Korčula: Spot of Art and Good Vibes

Almost ten kilometers long, the bay where Vela Luka sits peacefully once was one of the most developed spots in the Adriatic. Now sleepy and half-forgotten, the town is looking at several projects in the near future to wake it up from long slumber

Not as showy as Korčula, but still a pearl, Vela Luka is surrounded by small islands covered in thick forest at sea, and vineyards and olive orchards at land. This serene spot on the famously bustling Adriatic coast will lure you in with its quiet, lazy Mediterranean charm and artistic spirit. Almost ten kilometers long, the bay where Vela Luka sits peacefully once was one of the most developed spots on the Adriatic and the most inhabited part of the coast – with continuous human presence for over 8000 years.

Today this spot is a bit sleepy, a bit stuck between what was and what might be, and is looking at several projects in the near future to wake it up from long slumber. It is perhaps unfair to compare Vela Luka to the more famous nearby Korčula. The bigger Korčula is a place of ancient culture and rich history, while the smaller Vela Luka depended heavily on industry – boat building, fishing, navigation – and quietly lost its luster as those activities ceased over decades.

Never interested in becoming dependent on tourism, Vela Luka was the place to have a second home in – numerous private homes sprinkled across coves like Gradina or Stratinčica stand as proof of former prosperity of this micro-region.

Vela Luka was also home to many local and regional artists – another testimony to the good life of the good old times – and home port to the most popular Dalmatian singer-songwriter of all times, the late and great Oliver Dragojević, whose melodies and lyrics sang the soul of the islands. This small town on the island of Korčula has always been popular among yachtsmen.

The long bay it sits in is among the safest yachting locations in the whole of Adriatic, and lovely beaches are easy to find wherever you look. At the mouth of the bay sits a small island by the name of Proizd, whose Bili bok beach is a favorite of the locals, while just a bit farther the island of Gubeša protects Gradina cove and its popular anchorage from the western wind.

Glavica cape protects the cove from the south – and due to all this serendipity, it’s beyond popular in the summer, where boats stand shoulder to shoulder on its crystalline water. Part of the appeal certainly lies in its sandy beaches, as well as in the fact that Vela Luka is mere five kilometers by road or a mile by sea away.

Discover the best kept secret on the Korčula

Other smaller islands, like Kamenjak and Ošjak, serve as additional protection for this lovely cove with abundant space for anchoring. A bit larger is the nearby Pičena cove, where Mario Dragojević turned his family summer home into a gastro-corner – the best kept secret on the island.

In these times where every place, every business and every menu seems like a product catering to the social media crowds, Mr. Dragojević is doing things his way. First and foremost, the menu is sparse: surf or turf. If you can get past that and still feel like dropping by, beware – reservations are not a thing, the number of tables served is limited (especially during the pandemic), you can only come in for dinner, the dock is still being built, and the restaurant is famously un-present in the social media and avoids almost all other types of advertising.

This approach, which probably would do wonders in many branches of tourism, yields a lot: the food is great, the atmosphere is relaxing and the prices are justifiably high. Mr. Dragojević and his unique approach to dining are looking at a really good season.

At the entrance into the bay, the small island of Proizd lures with its pristine beaches, like the one in the Bili bok cove

Tourism is still something locals prefer not to think about, but they do agree it has potential. The ace up their sleeve is the long-suffering marina Korkyra. Finally opened for business after ten years in re-development limbo, the marina was ready to bloom in the year… 2020. Despite being smack in the middle of the Adriatic, and despite being birthplace of many professional sailors and crew members, Vela Luka lacks presence in the yachting world.

Marina Korkyra, with 132 berths and welcoming yachts up to 50 meters in length, could be just what Vela Luka needs to put it on the yachting map of the region. Marina manager, Mr. Ivo Šegon, says natural predisposition is undeniable, and interest from many a potential guest have been around for a while, so management sees potential despite the global circumstances.

The project that should, according to Mr. Šegon, put Vela Luka on the yachting map of Croatia and lengthen the yachting season, is aimed at boats from neighboring countries, as well as boats in transit through the region. If everything goes as planned, the marina will find itself in the heart of a project encompassing a hotel, a gym and a pool, a bar and a restaurant.

The one restaurant in the marina, Luky, boasts the view of the picturesque island of Ošjak across the bay, and promises simple excellence of locally grown ingredients. Mr. Šegon says the project is merely in its first leg, and adds that the soon-to-be-built ferry port will add another 30 berths and a breakwater. This marina is just what Vela Luka was missing to blossom into a regional tourism powerhouse – other infrastructure (fueling stations, customs office, boat repair shops and equipment shops) is already present.

The place that spent decades napping in the sun is ready to wake up, and will in the nearest future, according to the director of the local tourist board, Mr. Dorjan Dragojević, focus on yachts for the 2021 season. Even before the marina was completed, Vela Luka warmed up to tourism.

The locals are business-minded, investments are many and generous, and the town with its surroundings is gaining popularity – at least if you ask Google. In addition to private accommodation, the town will soon have a tourist terminal ready to welcome the masses. The ten kilometer long bay that protects every town on the coast from wind is the most appealing part of the island topology – and always has been.

First settlers on the island selected Hum hill for their prehistoric dwelling. Thirty minutes on foot from the heart of Vela Luka, the Vela spila prehistoric location gives a unique insight into the past of the entire island, according to Mr. Dinko Radić, director of the Vela Luka culture center. The center gathers exhibits ranging from prehistoric objects to boat models to works of art, with the goal of presenting the culture of the island through the ages.
The center is currently working on adding the prehistoric dwelling site to the modern power grid for easier exploration, and in the future the history of the island should become another tourist attraction. Other than Hum hill, there are other historic sites on the island, including the necropolis of Kopila in the hinterland.

The town of Vela Luka celebrates many historical events – at the end of June there’s the rowboat race of St. John (to whom the small 14th century church atop of Glavice hill in the bay of Gradina is dedicated). The race, which takes boats from Gradina to Vela Luka, is the most popular local event of the year, second perhaps only to the fest of St. Joseph (March 19th), patron saint of the town.
The world-famous sword dance Kumpanija is performed in Vela Luka as well, under the name of Ples of boja. The Vela Luka culture center keeps a busy schedule and has an event for every week of the year, but the most interesting ones come in the summer months of July and August, gathered under the umbrella term Luško ljeto.

The most recently created event celebrates the beloved local singer Oliver Dragojević (Trag u beskraju concert), but if you prefer quiet activities to music and dance, there are numerous exhibitions for every eye. Director Radić says the center plans to add more events to the celebration of the greatest voice of the island, and is planning to open (in two years, if all goes well) the Oliver Dragojević Museum.

Read more: The best restaurants in Croatia to visit by boat

The museum will take a modern approach to presenting and celebrating the life and opus of the artist, and should attract many of his devoted fans – or inspire new ones. The town authorities have other, more ambitious plans as well – standing out among them is renovation of the old town dance and concert hall into a modern complex of museums and art galleries.

After decades of sleep, after a difficult and confusing post-industrial period and the decidedly unfavorable transition into the new century, Vela Luka seems to be on the right track for success. Here’s to hoping that the new era of tourism and yachting will build on the island’s past, tradition and the good island vibe instead of outgrowing it fast and pushing it into a corner for another couple of decades. 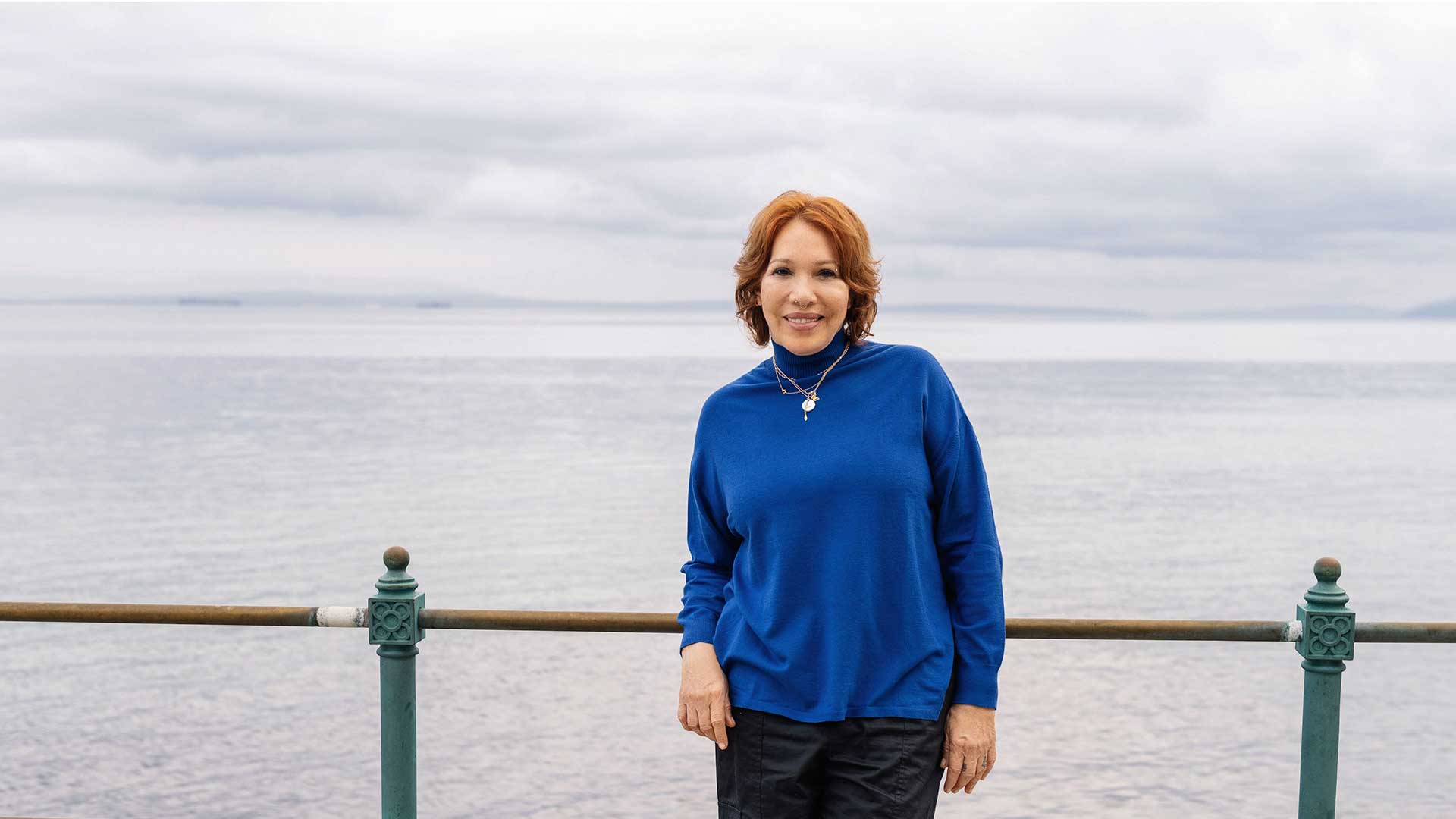 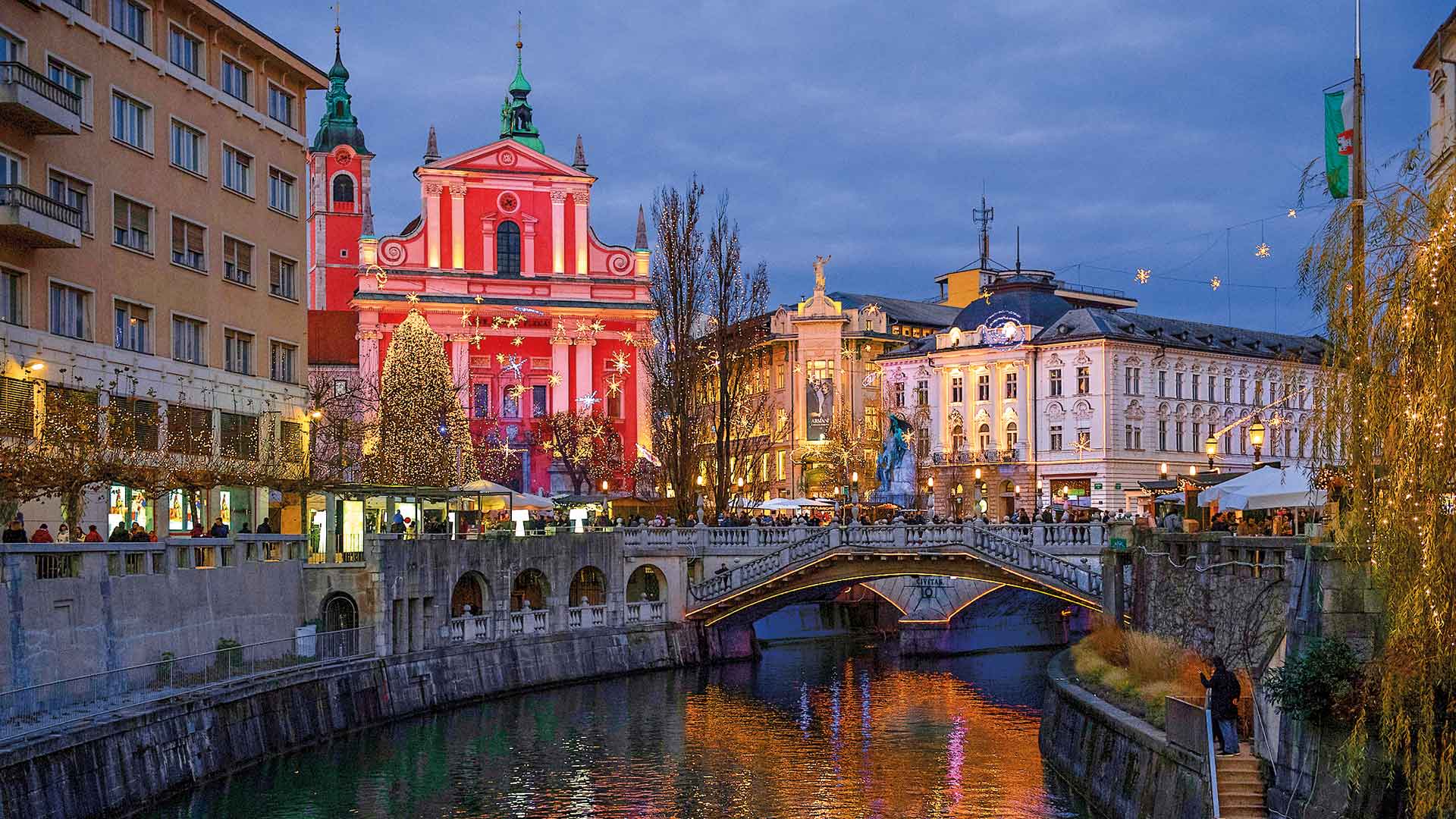 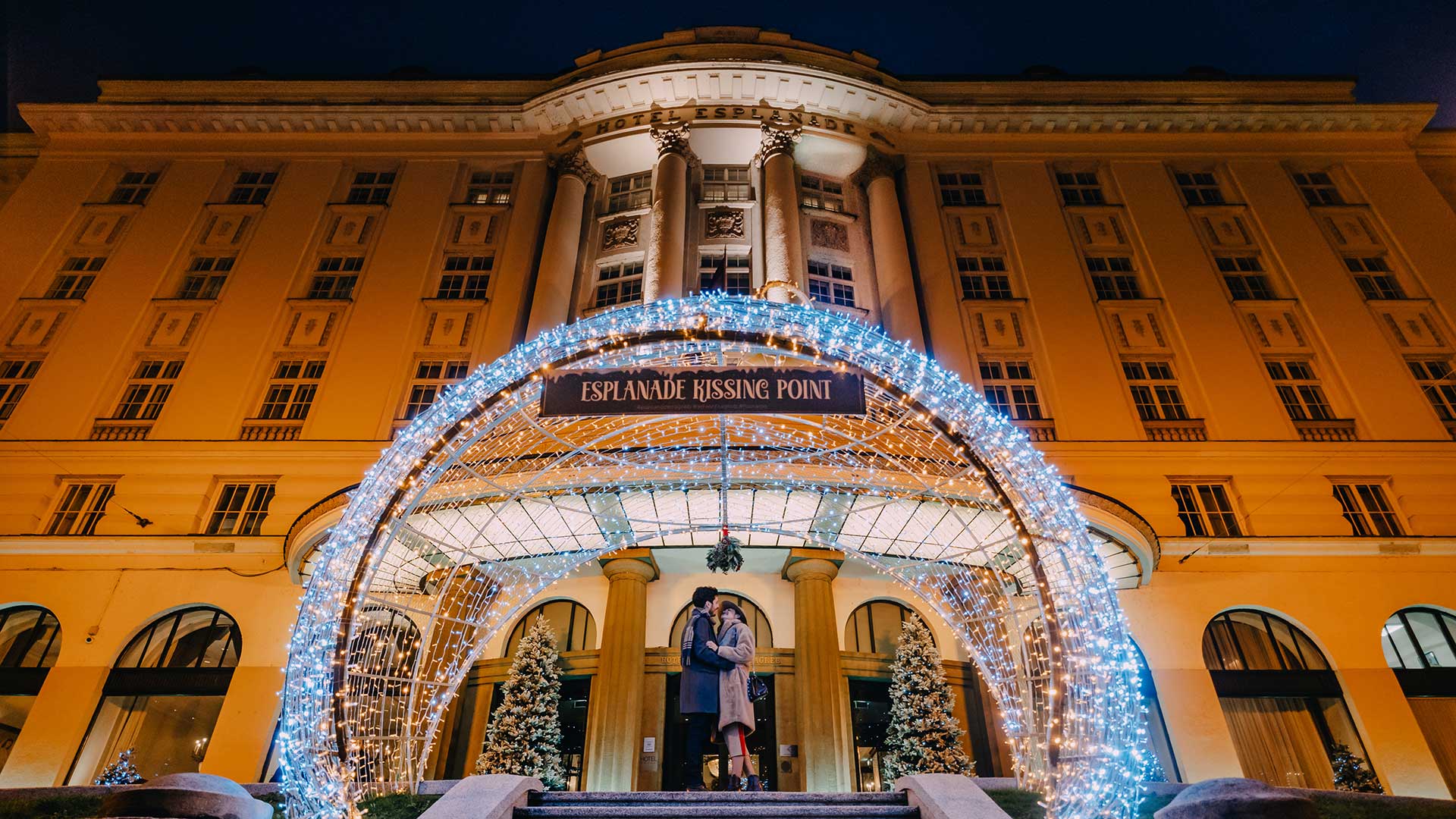 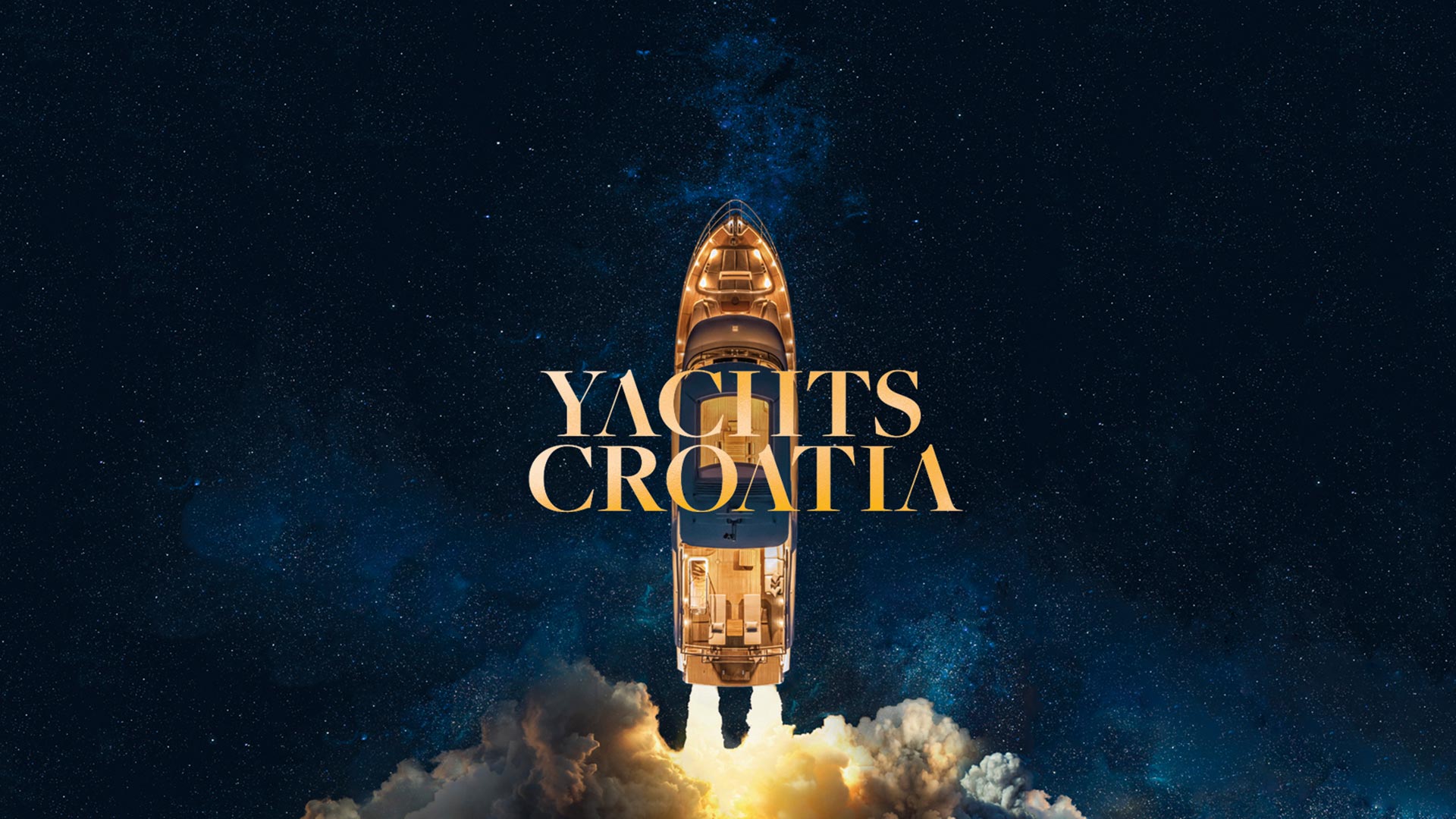 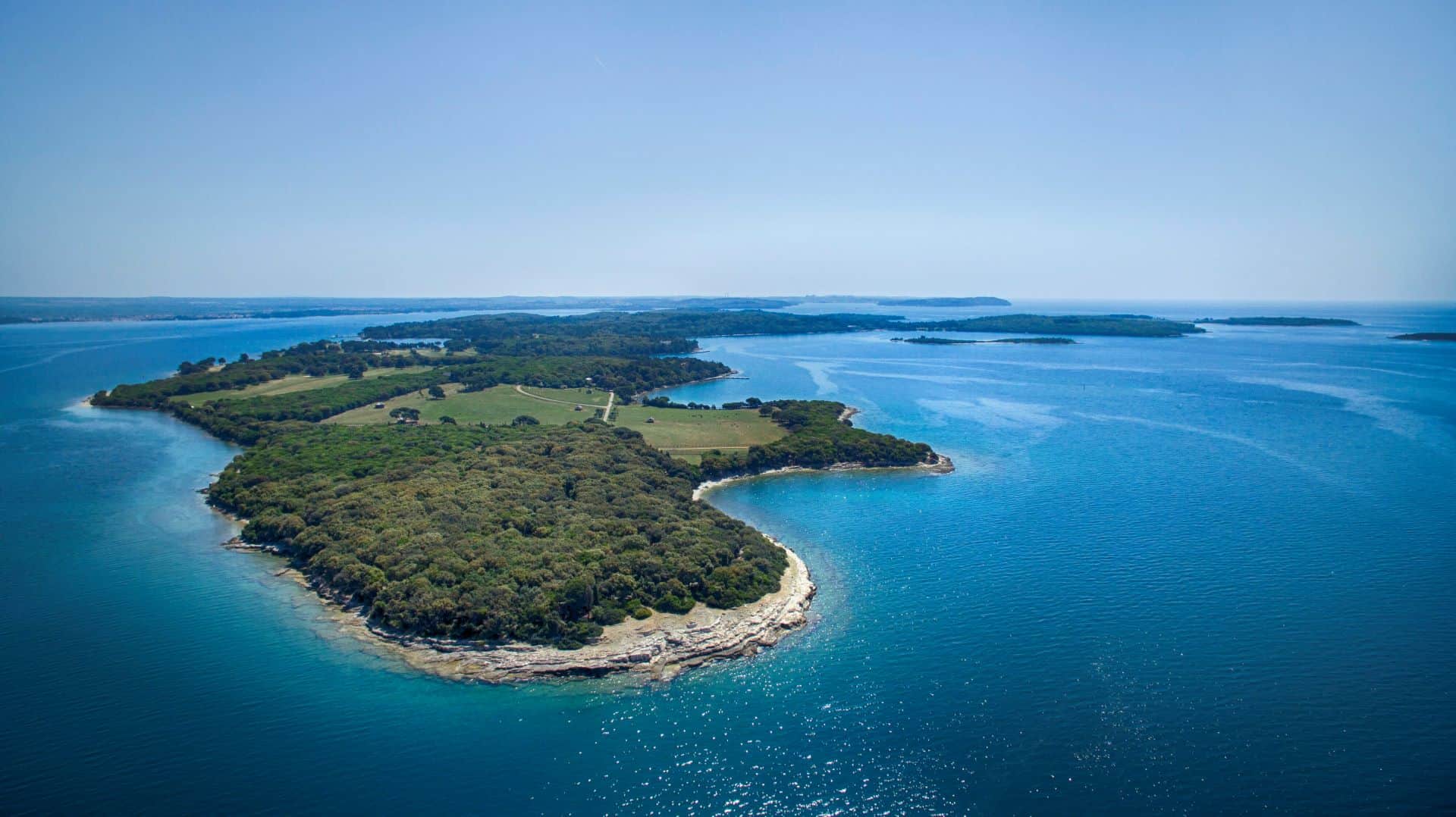