6 Beautiful Bays in Croatia to Visit by Boat

We’ve sailed the located selected by Jopa on a multi-hull chartered from Ultra sailing, a new MY37 Fountain Pajot. Ultra is also a dealer of the popular brand for the Croatian market. Slightly over 11 meters in length, the MY37 is an unexpectedly comfortable multi-hull that impressed us both with power and speed, allowing us to take a fast trip around a little corner of the Adriatic. Strong winds didn’t discourage us from covering almost 100 miles and reaching Josipa’s favorite cove in no time.

The Lovište Bay was, in the distant past, a popular anchorage for ancient Roman galleys sailing between the islands of Hvar and Korčula and even today, due to its favourable position, it is just as frequently visited. The Bay, due to its size, evades the general commotion that usually characterises the bays on Vis and Hvar.

Luckily, for admirers of tranquil moments, not even the town of Lovište loses its local-fishing feel at the peak of summer. You can find a safe harbourage under any weather condition since the seabed offers good holding. It is simply the duty of the yachtsmen to find a suitable spot in the spacious anchorage with regards to the weather.

The Runci Bay, located in the NW part, is the most popular anchoring spot. A large part of the bay is uninhabited, though a little of its natural beauty is marred by unimaginative, recently-constructed buildings. A land route connects Runci to the town of Lovište, but it’s far more interesting to travel that half a mile by dinghy and to visit the fine restaurant Barsa, which is immensely popular amongst yachtsmen.

In the small, fishermen’s port in Lovište it is difficult to find a berth because local fishing boats and trawlers are docked there, though it is sometimes possible to berth right in front of it. So, if you are lucky, the morning fishermen will offer you a fresh catch and your onboard provisioning will be accomplished.

The Biševo Port is adorned by turquoise sea, a rocky coastline, a sandy beach framed with pine trees and a love-cave at the very end of the port

The north-eastern coast of the island of Hvar is just beyond the main nautical routes and in its heart, like a blushing beauty, hides the Pokrivenik Bay. Although it represents the only good anchorage along the stretch between Jelsa and Sućuraj, it is not overly crowded.

Local boats visiting it on a daily basis depart in the evening, leaving only a few charter boats in the port during the night. This considerably larger bay actually consists of five recesses, yet it is most desirable to drop anchor in the central, most recessed area, surrounded by steep and impressive cliffs that end at a beautiful, big-pebbled beach. Beyond which, vineyards and olive groves extend. A little over the bay, on the western side, is the Badanj cave that is worth visiting. It should also be mentioned that the beautiful Pokrivenik bay is protected from all sides from all winds, except for Bora. 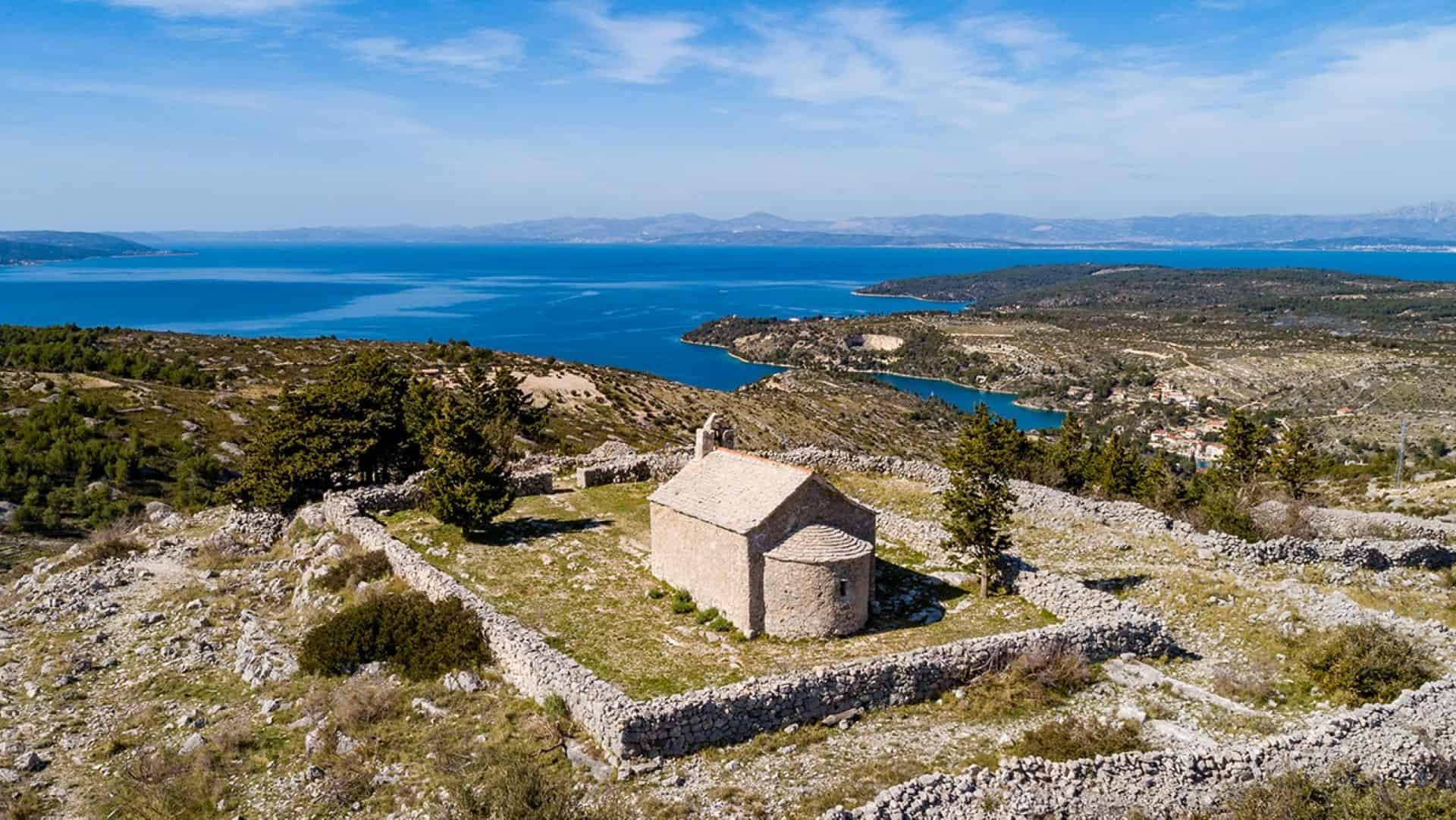 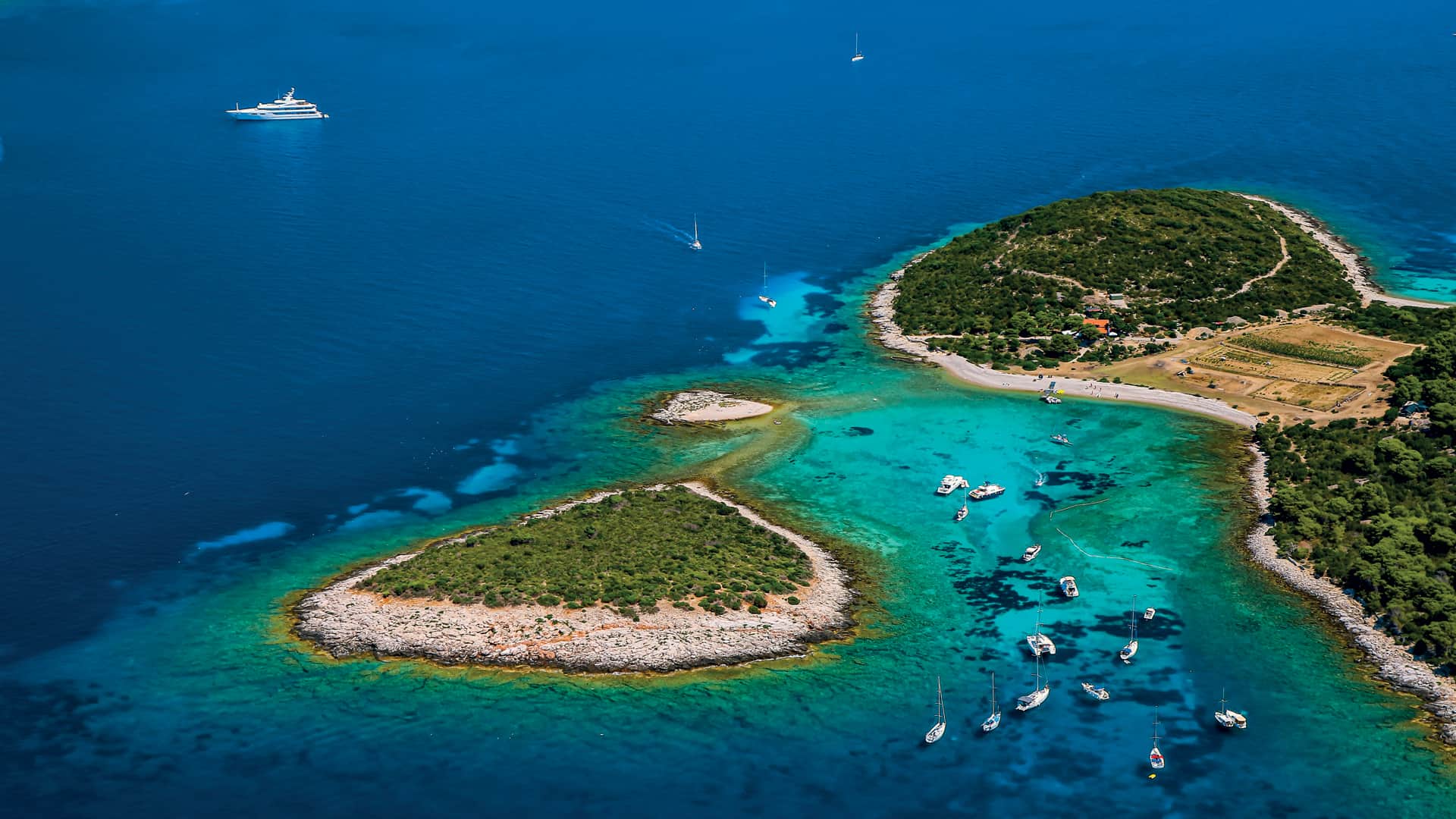 However, if the Bora is not too intense, shelter can be sought at the eastern side of the bay. The eastern part has a small anchorage filled with moorings and next to it is the Hotel Timun, where you can pop in for a bite to eat.

To visit the most beautiful bay on the island of Biševo, the Biševo Port it is. However, you are not only required to obtain blessing from the god of wind, Aeolus, but you also need to cover quite a few nautical miles. Thankfully, all of this ensures that the bay’s natural beauty is not disturbed. All of the westerly winds can be particularly dangerous here. A testament to this fact is when the very last falkuša, a traditional fishing boat from Komiža, sunk in the port of Biševo during a storm. In the past, Biševo was the main island port so it is not surprising that the picturesque town, which extends all the way to the beach, was given the name Porat – a name usually reserved for only the perfect, most beautiful bays.

The Biševo Port is adorned by turquoise sea, a rocky coastline, a sandy beach framed with pine trees and a love-cave at the very end of the port. Qualities which, for many people, would represent their dream bay. At the peak of summer, the port contains around a dozen boats, either docked or tied to one of the buoys. During the day there are many hikers around the bay, but at nightfall, only a handful of yachtsmen remain. You should certainly indulge yourself with top-quality fish and the indigenous, Biševo Plavac wine from the two local restaurants, encompassed by the starry night and the relaxing sounds of nature around you.

Čarnjenji Bay, also known amongst the indigenous population as Porteruša, is one of the most beautiful bays in the protected natural reserve of island Šćedro in Croatia

The Blaca Bay is a waterway access to a unique, architectural monument of the island of Brač – the Blaca hermitage. Justifiable named, Blaca bay means, ‘the hermitage gate’. Yachtsmen yield to the joys of the sea in Blaca and after a refreshing dip in the sea, decide on a 45-minute-long walk to the afore mentioned tourist attraction.

Until a few years ago, the path was graced by the cool shade, but after a fierce fire broke out, the forest is still gradually recovering. The Blaca hermitage, a sanctuary of the Glagolitic priests erected on a steep cliff, is now a museum and a worthy travel destination. In the bay, the green tones of pine trees mirror and merge with the vivid colours of the sea.

Meanwhile, above the beach, a small chapel adds a spiritual component to the idyllic scene. Since water depths are great, ships usually cast their anchor on the west side and tie on to that side of the coast. Luckily, no roads lead to this uninhabited bay and a magical night is guaranteed, provided the southerly winds are absent. However, it is necessary to bear in mind that after an intense Mistral, waves spill into the bay, which for some crew members, can turn an otherwise magical night into a sleepless one.

Saplun Island is another heavenly corner of Croatia. One of the most beautiful bays is famous for its sandy beach and warm, shallow waters

Čarnjenji Bay, also known amongst the indigenous population as Porteruša, is one of the most beautiful bays in the protected natural reserve of island Šćedro in Croatia. The Bay is located on the southern side of the island and is on the popular nautical route between the islands of Hvar and Korčula.

It is well protected from an afternoon Mistral so during the day, some yachtsmen always enter the bay and on fair weather some even spend the night, docked. Porteruša should only be avoided on days when southerly winds are blowing, as their power can cause waves, which break against the beautiful pebbly beach. A safer bet is to anchor at the end of the bay and tie ropes to the northern coast and enjoy the scent of the nearby pine trees and the tones of the turquoise sea.

The exquisite atmosphere can only be spoilt by an unwanted-gnawer, like a rat. However, a plastic bottle tied to the stern-fast will guarantee an undisturbed sleep. For those seeking adventure, there is a small pathway running to the other side of the island. Keep in mind that the path is not for all tourists, but for only the adventurous. By late summer, a few fishing boats will rest at the island and if seagulls are seen mischievously flying overhead, be sure that a fresh catch is within your reach.

Saplun Island is another heavenly corner of Croatia. This genuinely unspoilt beauty spot is characterized by adjacent ridges, shoals and the blue open sea surrounding the island. As well as the winds, that are known to blow fiercely in the Lastovo waters. Although buoys are set to be installed in this peaceful lagoon next summer, we hope that the natural beauty of Saplun, a part of the Nature Park Lastovo, will remain preserved. An approach to this beautiful bay is safest from the east, but do not try to pass between Saplun and Arženjak Mali as many have fared badly there.

That turquoise narrow is most attractive for snorkelling and it is possible to anchor on either side of the passage. Don’t miss the opportunity to swim to the finest white sand, which the uninhabited island was named after – Saplun (a word used to describe very fine sand). Take pleasure in the calls of seagulls and keep your eyes open, as you may spot a large sea creature jumping playfully in the sea. 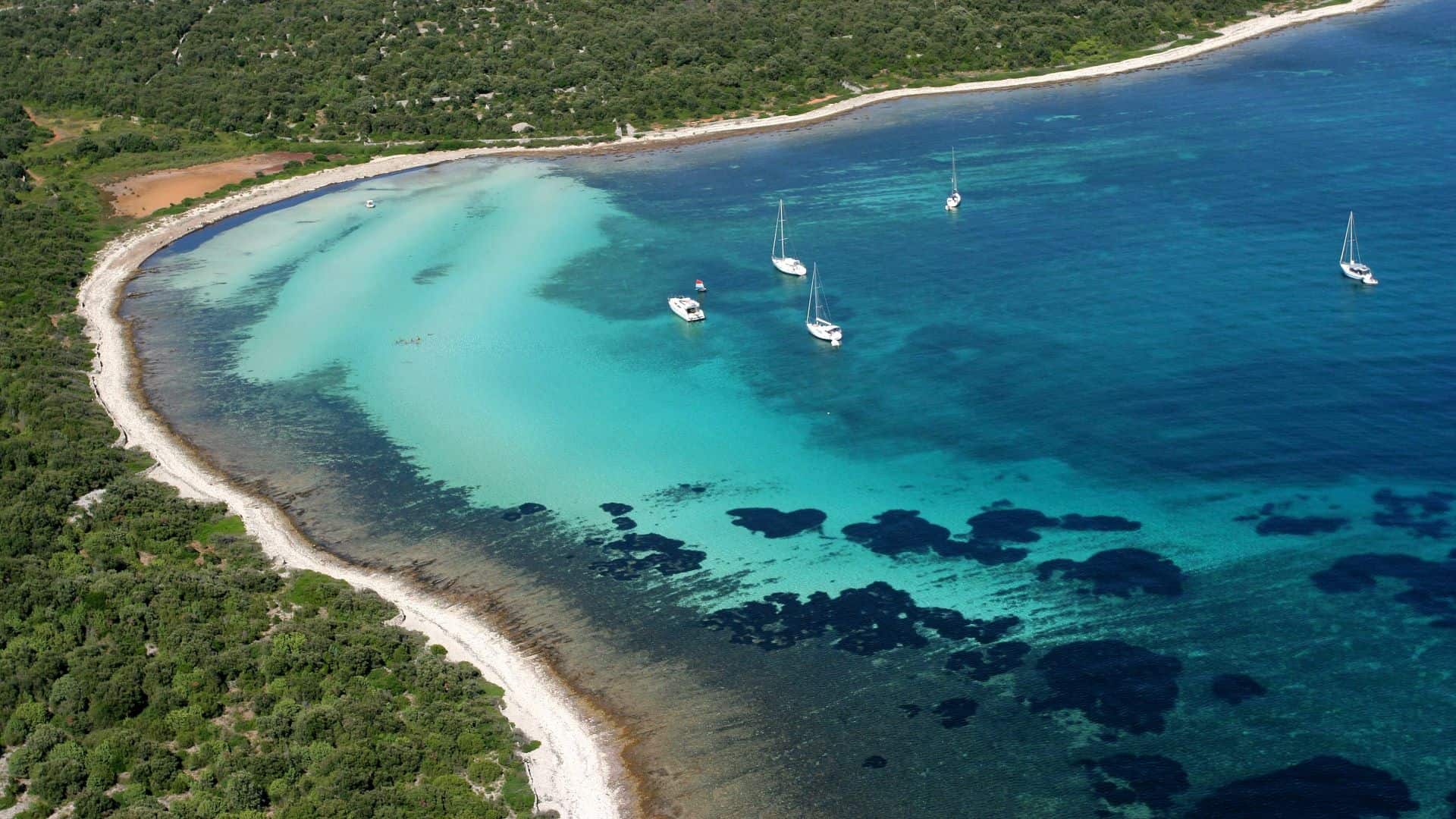 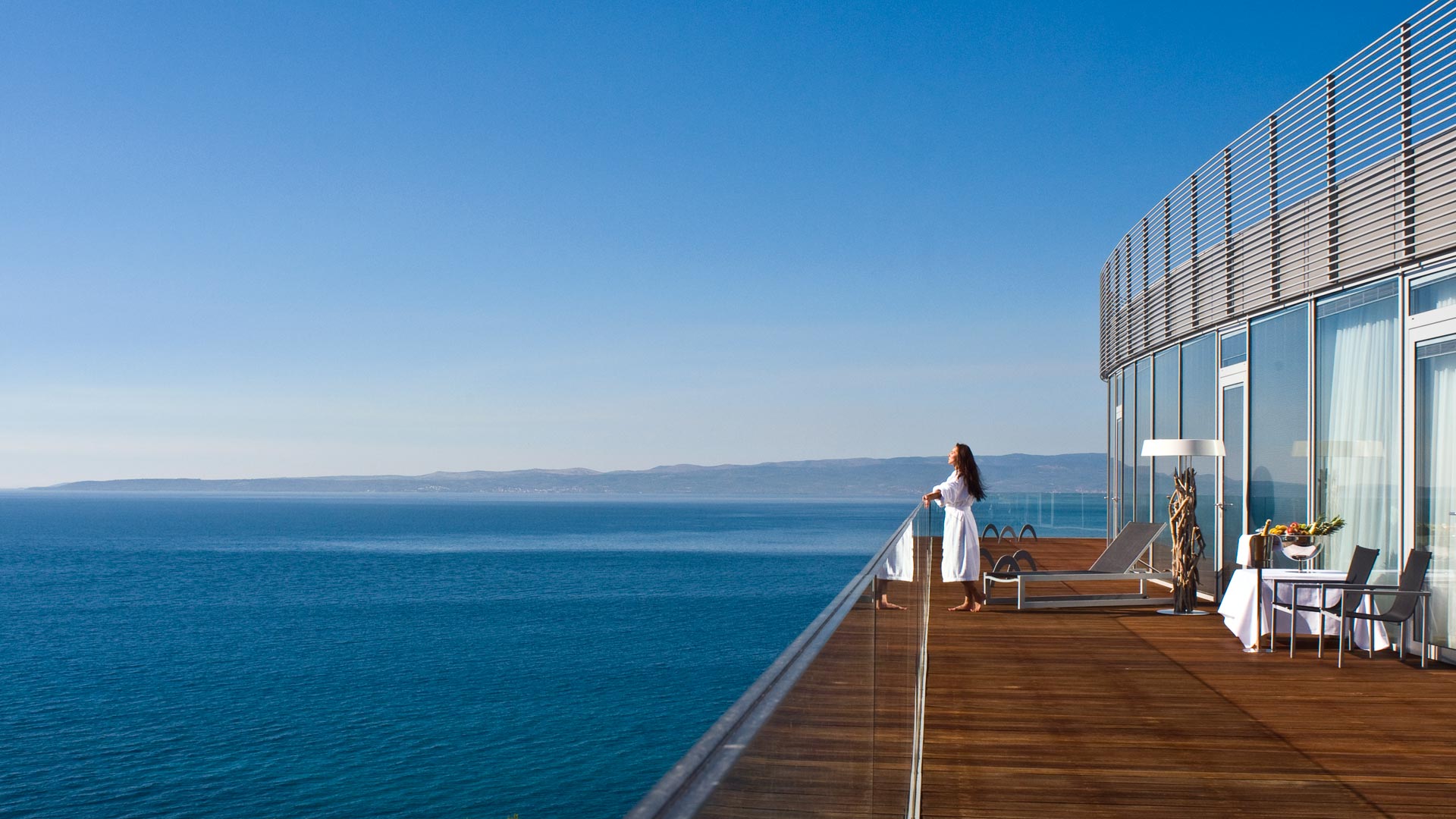 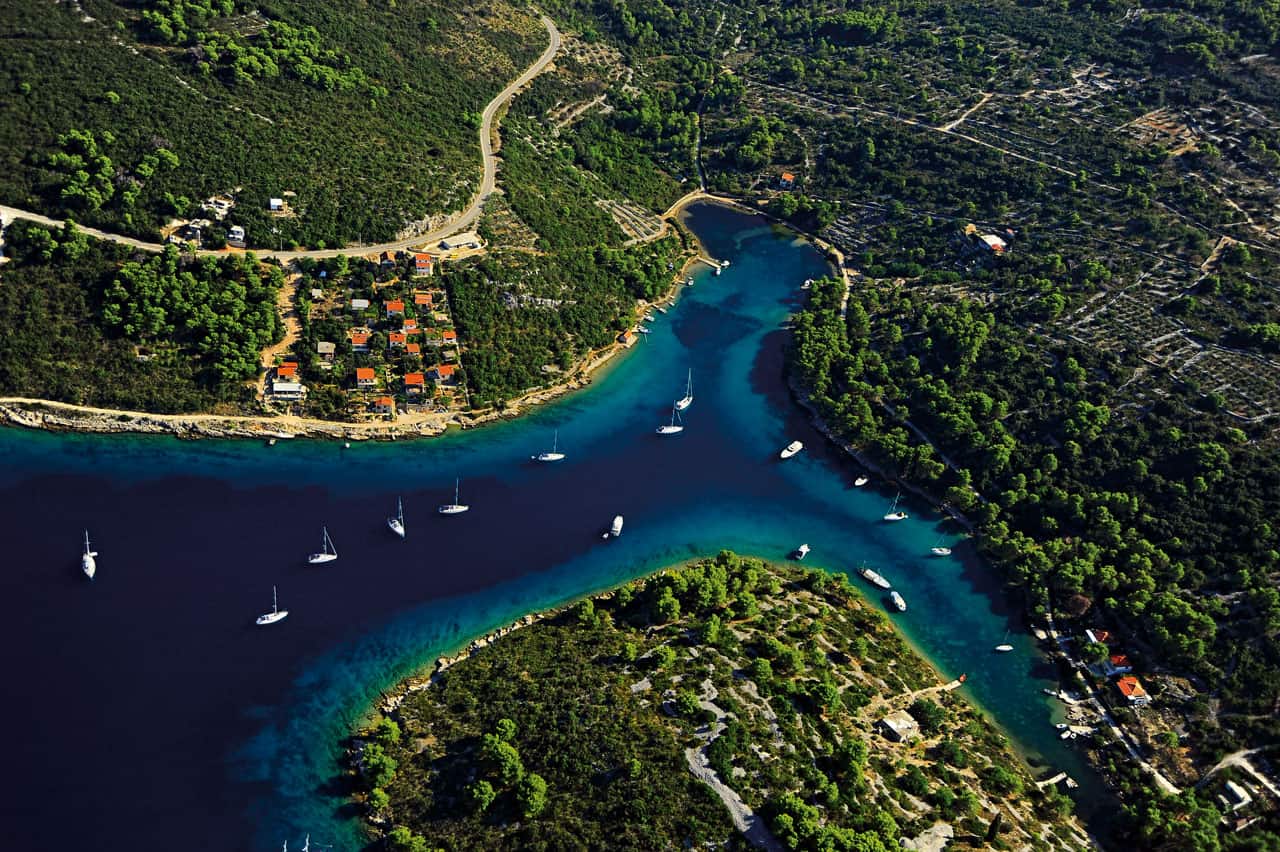